Field and repository for the particular element is not captured and it replacing the repository which was already renamed.

Herewith, I have attached the application screen with similar controls on a page along with the captured objects and recorded scripts. 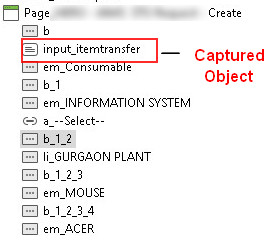 And the above scenario is working fine in object spy tool but not on recording.

Kindly provide me a solution to proceed further in a single step instead of moving for multiple steps. As the above scenario is reflected in many screens which requires more manual activities.