Import of WSDL file via URL fails with 401

When we try to import WSDL file using the link (not local file) import fails with Unauthorized 401 error.
It appears that to perform import we also need to pass in the cookie but I am not sure how we can do this with the import tool? (I know how to get the cookie but I am not sure how to pass it to Katalon Studio during the import)
In Firefox, if I pass in the WSDL link I also get Unauthorized 401 error. However using developer tools I can set cookie (within Storage tab) and rerun call and with proper cookie the call completes successfully.

If we import local WSDL file, the import completes successfully and all SOAP service requests get created.
However, when we try to make any of the service requests it looks like Katalon Studio first tries to update or validate that service function is matching one online and instead of making a service call we need it first tries to GET services again and again it fails with 401 error (this is confirmed using wireshark)

Any advice on how we can go around this issue? And reasons why KS is making that extra step to pull or validate service functions when imported from local WSDL file.

We used SOAP UI for quite a long time for SOAP testing but are looking into migrating into Katalon Studio and as of now this is a major blocker.

This WSDL file is running on local server so cannot share it outside of the company VPN. 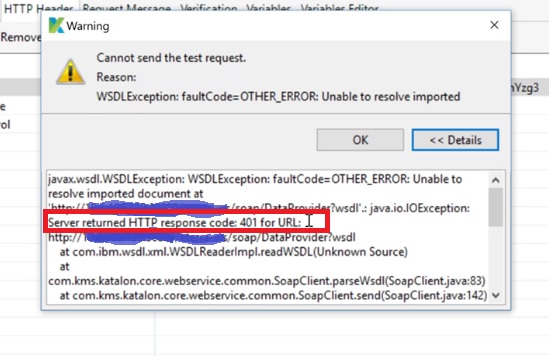 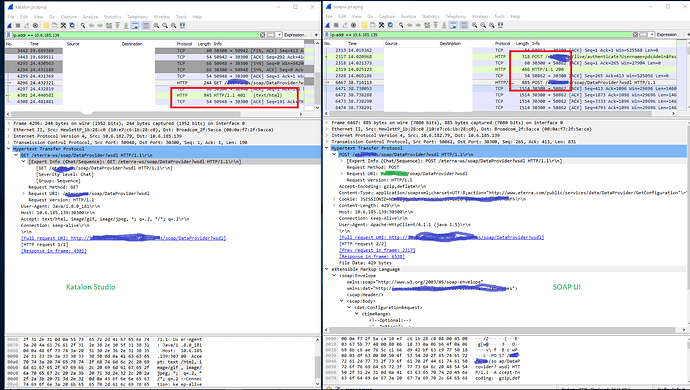 Hi @Rasko_Pjesivac, did you end up getting any updates for this? I have the same issue with a http 401 when loading wsdl from a web url. But I also have an “invalid wsdl” error when loading from the file locally. Even though this wsdl was generated by a Visual Studio project and functions fine.

Couple of things can be the issue…
some custom headers AND/OR schemaLocation under xsd:import pointing to a XSD link that is not accessible.

Regarding second potential issue, you can try pointing to local xsd file if possible… that works…
instead of this…
<xsd:import namespace=“http://www.XYZ.com/public/services/data/dataTypes” schemaLocation=“http://192.168.1.10:4444/XYZl/XYZService?xsd=DataTypes.xsd”/>