If "load DOM map" function has been removed, we should not see it in object spy

If “load DOM map” function has been removed, it is better to remove it from object spy function.

I am trying to do the same thing as loading DOM map from a page.
Then I found the hint, and I tried it. Unfortunately it did not work.

Then I search in the forum, I found it looks like this function has been removed.
From the reference as below:
https://docs.katalon.com/katalon-studio/docs/spy-web-utility-version-48-and-below.html#capture-objects-using-web-object-spy
This web mentioned the version should below 4.8.
And mine is the latest one.(6.2.1)

Shrikanth S Menon said: Thanks Vinh, But I reckon that feature would make the object identification a tad easier. I am having trouble fetching the tool tip text which is located inside multiple iFrames. The application that I am trying to automate is built using Tableau Software. I have managed to capture the object using Web Spy, but during run-time it is not getting identified. It would be great if you guys could bring in a feature by which I could highlight the object at run-time. I’m r…

This discussion also mentioned that.

But I see in other article here, the hint dialog only show the capture the object in this article. 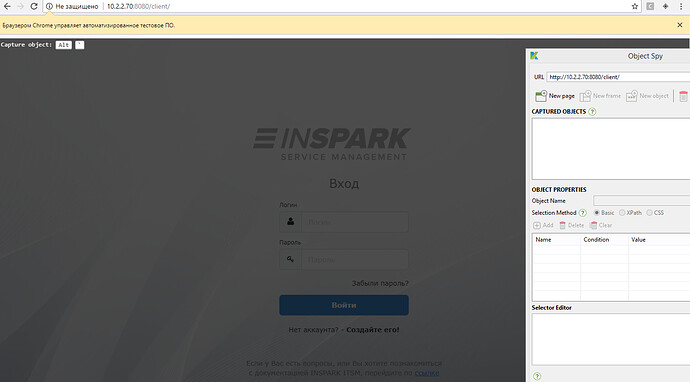