Rename file: Invalid name! A file name must start with English letter or numbers, and can mix up with space or any of the following characters: ( ) . _-

I used my VisualTestingInKatalonStudio projet . I executed a Test Suite Collection Test Suite/CURA/Execute_chronos`. I ran just successful. The test produced a file

For some reason, I wanted to change the name of the screenshot file through the Katalon Studio GUI. I opened the Rename file dialog. It just opened. 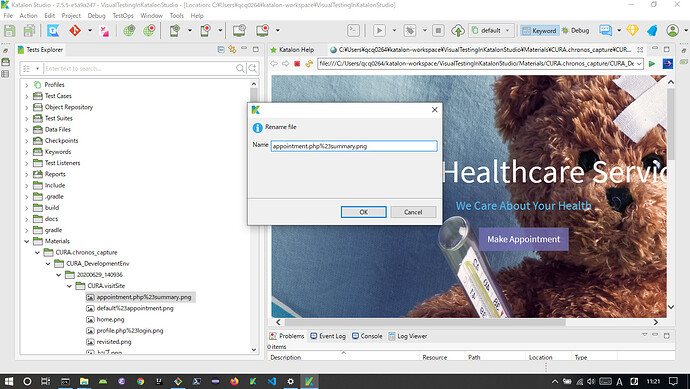 Then I typed a char in the text field in the dialog, then the dialog showed an errror message: 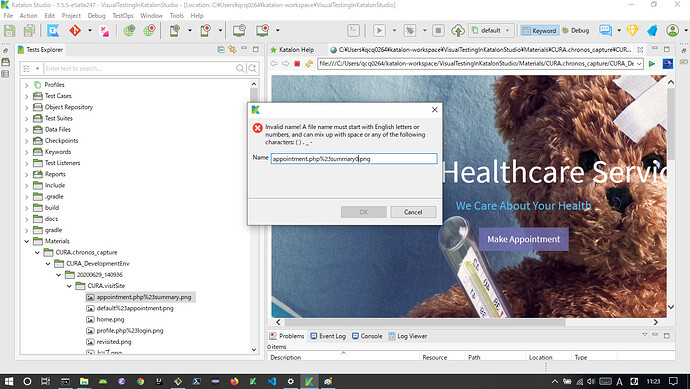 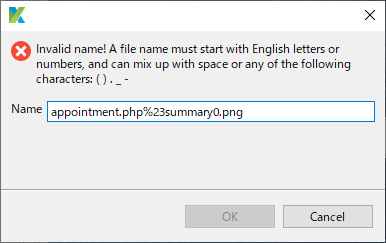 The message clearly tells that Katalon Studio does not like % character in the file name.

Why Katalon Studio is such specific about the type of characters allowed in the file name? I do not think this specification is appropriate. As we know, Windows OS allows any characters in a file name except the following just a few characters:

I think that Katalon Studio should be less restrictive about the type of characters used in a file name. KS should allow any characters allowed by underlying OS.

I think that Katalon Studio should be less restrictive about the type of characters used in a file name. KS should allow any characters allowed by underlying OS.

Hi, this same problem with me.
how to fix it?
in my case, when I capture object and running getAttribute by text. My KS Mobile I have to get this warning. 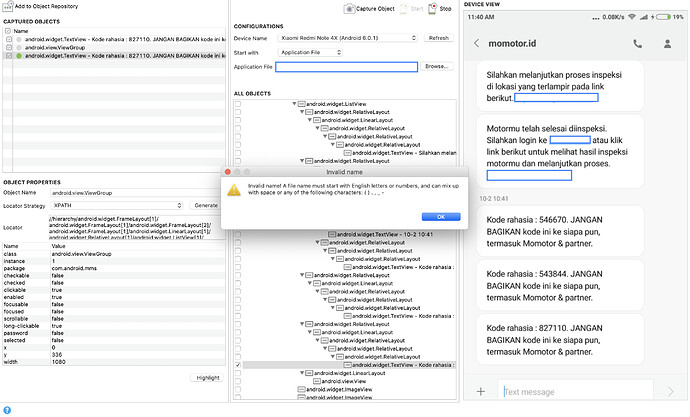