When creating a new test (running a script) I have encountered issues with your most recent release.
The csv file with the data to run script is uploaded into the “Test Data” folder, and when run script it stops on the “loadVars” command with a reported syntax error.

Process done was exactly same as before, only the layout changed on your side. 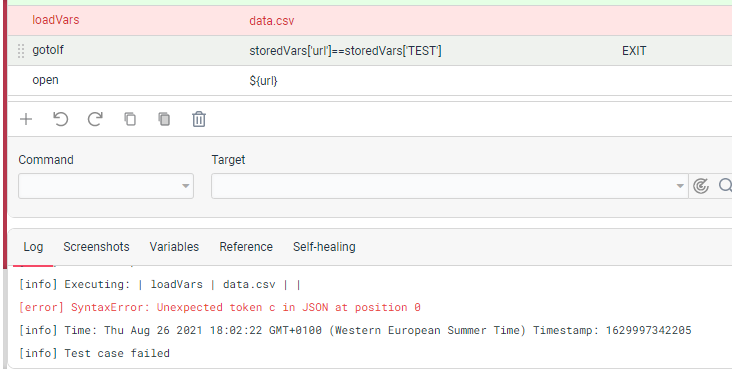 Hi, yes I am also facing the same problem. On the new interface, I see the ‘Test data’ has been moved to the left sidebar. I have uploaded the data csv file there and used the file name in the loadVars Target but when I hit play, it stops and returns an error at the loadVars. I am not sure whether it is a bug in the update or the process has changed from the previous. Help is needed please.

Thank you for you report, this issue seems to happen on Windows only. We are reproducing this issue and will fix it asap

Hi guys, in case these issues are stopping your work. Katalon Recorder is open-sourced and we also released earlier versions. You can temporarily disable the current version of KR, download the source code of 5.5.2.4 and install an unpacked extension into Chrome to use an earlier version.

I truly apologize for the inconvenience and our team are working on fixing the issues.

KR 5.5.4.1 is released and we have fixed the following issues:

Please try it out and see if it works!