When using Web Recorder I am attempting to enter text into some different fields. Some do not have an issue but in the fields as per the screenshot below it was recognising each letter as a separate input rather than one which it does elsewhere.

I can then go back and record over the existing recording and in this instance it records it as expected, as one input. 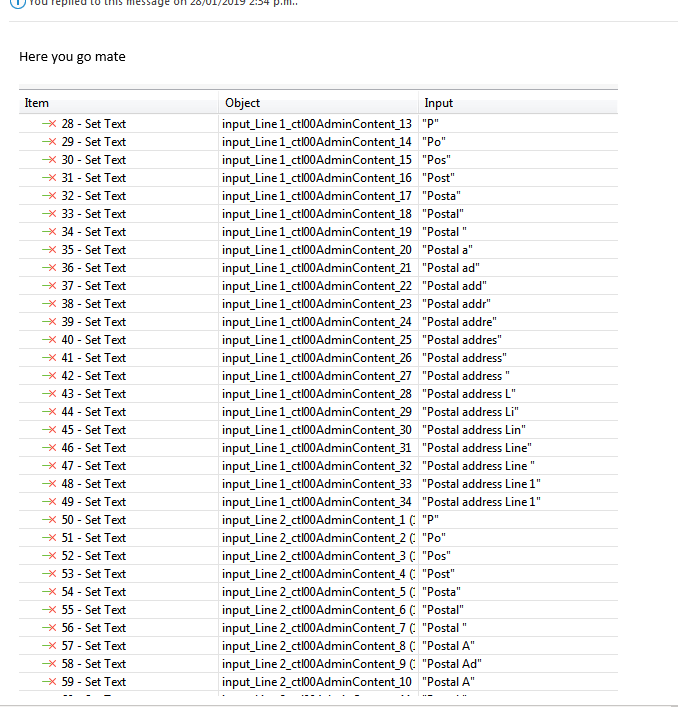 @Mahesh_Joshi1 The issue has been log in our backlog. It will be fixed in next release. Thanks for your feedback.