Cannot create a new variable until test case is saved

I am Katalon version 6.2.0 and found out that if user has to create a variable while writing test case and testcase is not saved, then clicking on ‘Add’ button under variables tab doesn’t show the new variable. If user has clicked for Example 3 times on ‘Add’ button thinking that it may not be clicked properly the first time, and then on hitting save button, Katalon suddenly shows 3 variable created.

In below screenshots when test case was not saved, It didn’t create any variable, as soon as save button is clicked, it created variables equal to the number of times user has clicked on Add button 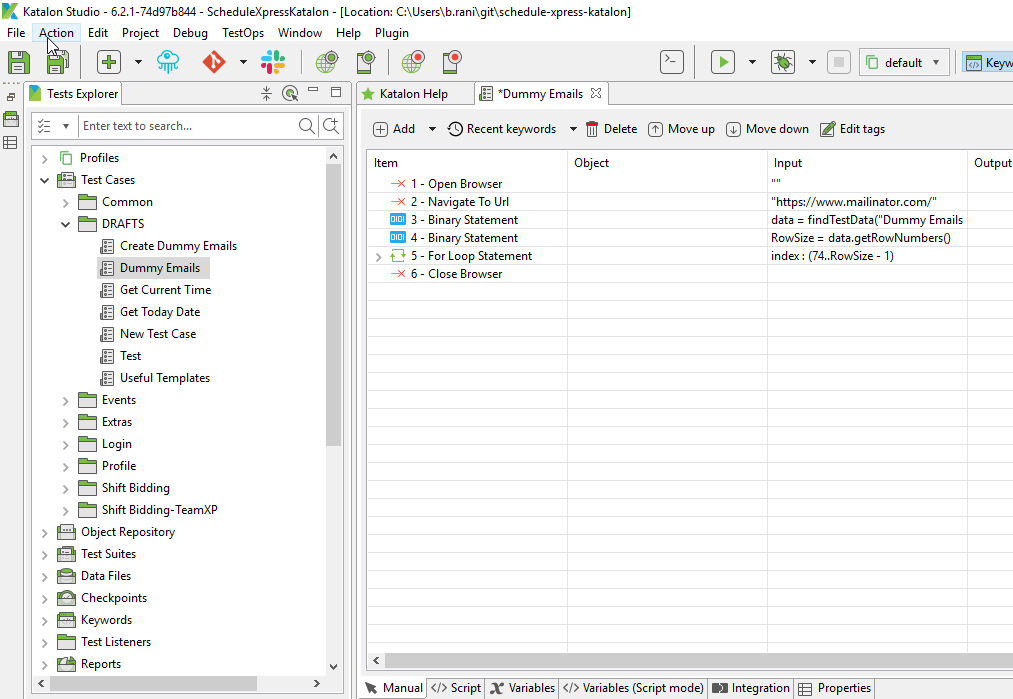 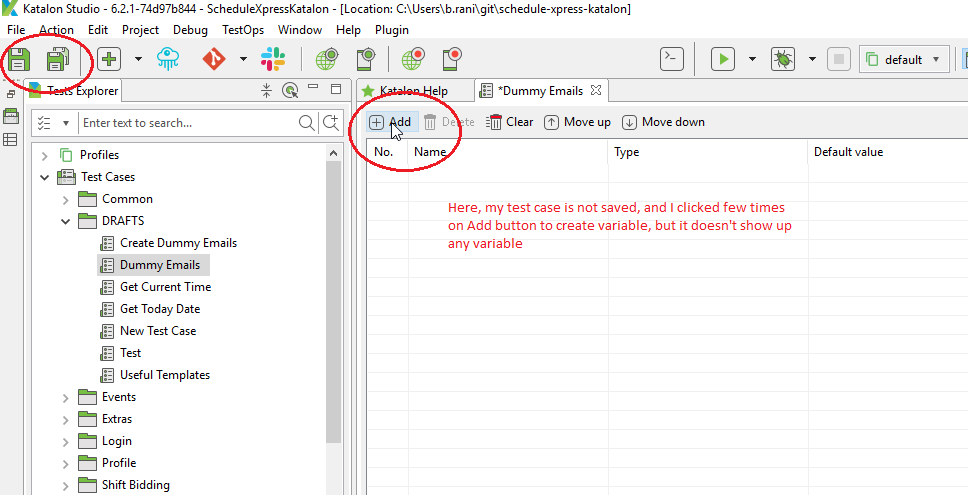 I’ve noticed this too. You actually don’t even need to Save the test case, you can also just toggle between tabs (for example, open the “Script” tab, then back to the “Variables” tab) and the variables will appear.

This issue due to slowly adding variables performance. We will improve this case in v6.2.3.

Thanks for your report

@duyluong In version 6.3.3 the issue seems fixed. But there is another issue, after creating the variables, if testcase is not saved and switching to another tab(for example script tab) and switch back to variables tab, the newly created variables are disappeared.

Can you share us your recorded video about this case?

@duyluong Here is an attached video, and other issue variables are not shown until a test case is saved is partially fixed. It doesn’t work first time. I mean user opens the katalon application, make some changes in the script and go to variables tab and click Add button, the variable doesn’t show up. User has to save the test case. But once test case is saved, then user make changes in the script again and come to variables tab to create new variables, then it works fine.

… after creating the variables, if testcase is not saved and switching to another tab(for example script tab) and switch back to variables tab, the newly created variables are disappeared.

If I’m correct, that’s a UI update problem. If you subsequently save, then switch back to the variables panel, they should show up.

@duyluong The issue I’m pointing out has been around a long time - at least since late versions of 5.x

We got the problem. The issue will be fixed in the nearest release.

Thank for this found and detailed video.

This issue has been fixed in version 7.0.