I’m using the recorder via the Chrome plug in on a Mac.

The latest version has a couple of problems with execution speed:

If you have the recorder open with the log live scrolling, then as the test suite runs the execution speed decreases dramatically. The bigger the log, the slower the execution. This didn’t seem to be a problem in earlier versions.

To get around this, I now have a different tab open, such as Screenshots or Variables during execution.

Even so, and even if I clear the log, execution time slows over as I run more test suites. Quitting the extension and starting over speeds things back up again.

Whatever is slowing things doesn’t seem to be CPU dependant. I can see my CPU load decrease as the test execution slows down.

I have this same issue. One way I got around it temporarily was to vastly reduce log level. It still slowed down later in the run, but was much more manageable.

Did reduce the logs help with the performance? Can you provide more info on the number of test cases, and if possible, provide us with the execution log file to reproduce this issue?

We measure the approximate time of each iteration of the loop (more precisely, the execution time of a group of commands between timeWhileStart and timeWhileEnd at each iteration). Then we look at the array with the obtained values (in milliseconds). The log is not hidden, extended. 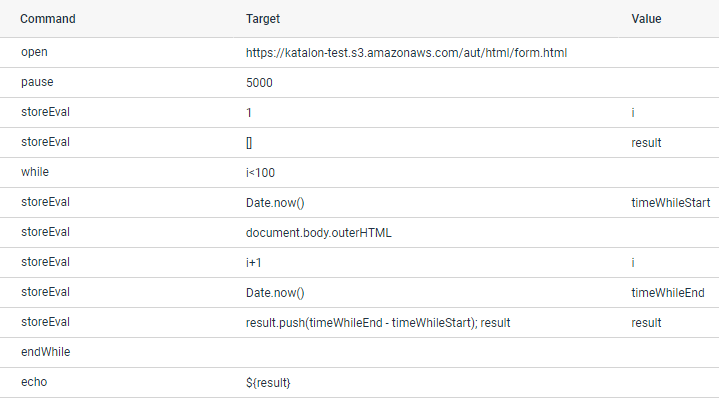 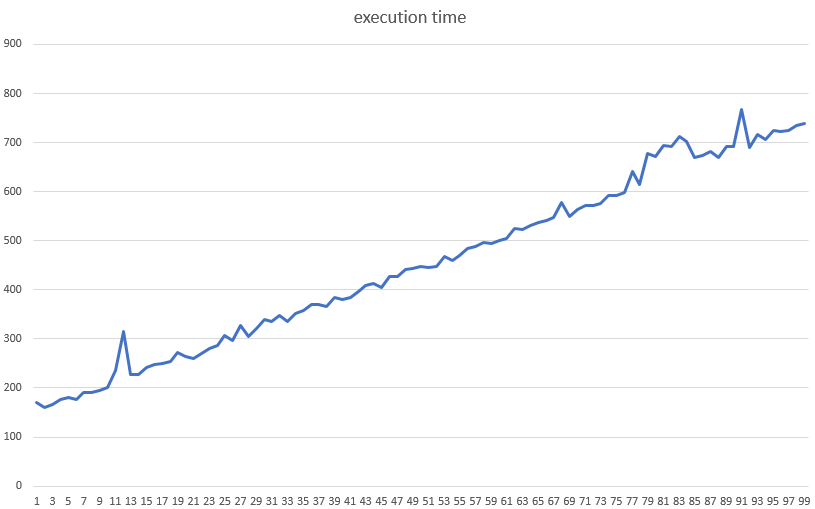 A similar result will be if we make one test suite, where each “iteration” will be in a separate test case
time_execution_test_02_b.html (100.7 KB)

The same as last time, but we hid the log (clicked the toggle “arrow”) 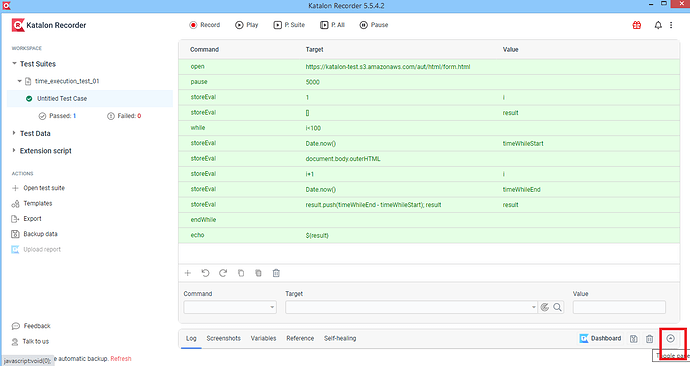 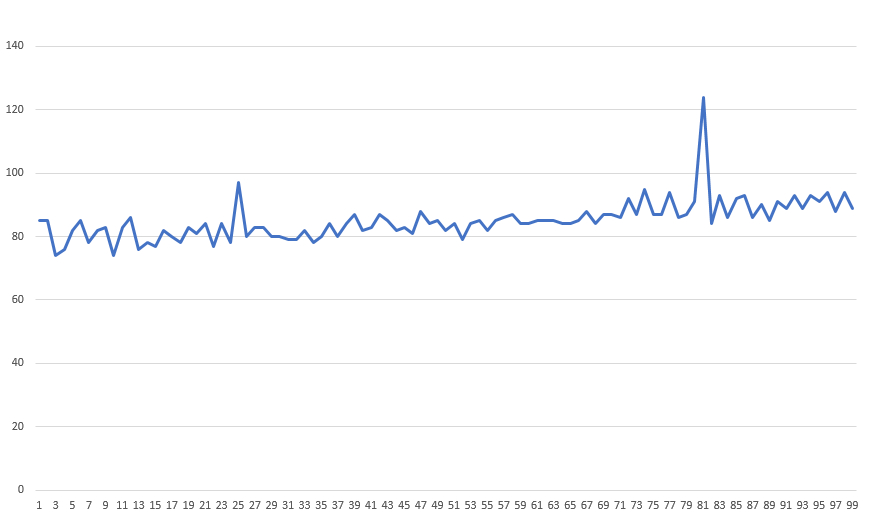 We have hidden the log, but increased the number of iterations to 999. The execution time of each iteration is growing, but slower.

Wow, thank you so much for the detailed report. We’ll investigate the underlying issue and keep you informed!

Thanks so much, was just going to ask the same question - I iterate through about 16 tables, each of around 20 entries and it can take over an hour to complete. Is it possible to disable the log altogether and get greater speed?