Hi, I have recently implemented Katalon over Azure devops with success (Windows 10), I have run some testing projects but when I tried to implement on a Windows Server 2016 I had some problems, I am even trying the same steps and same command execution, Right now I attach the command I am executing on windows 10 and Windows server 2016. 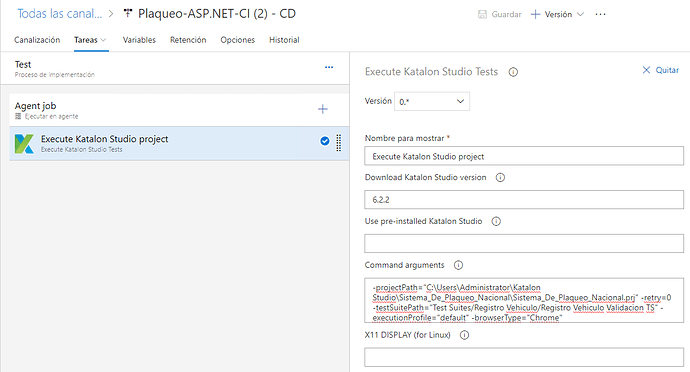 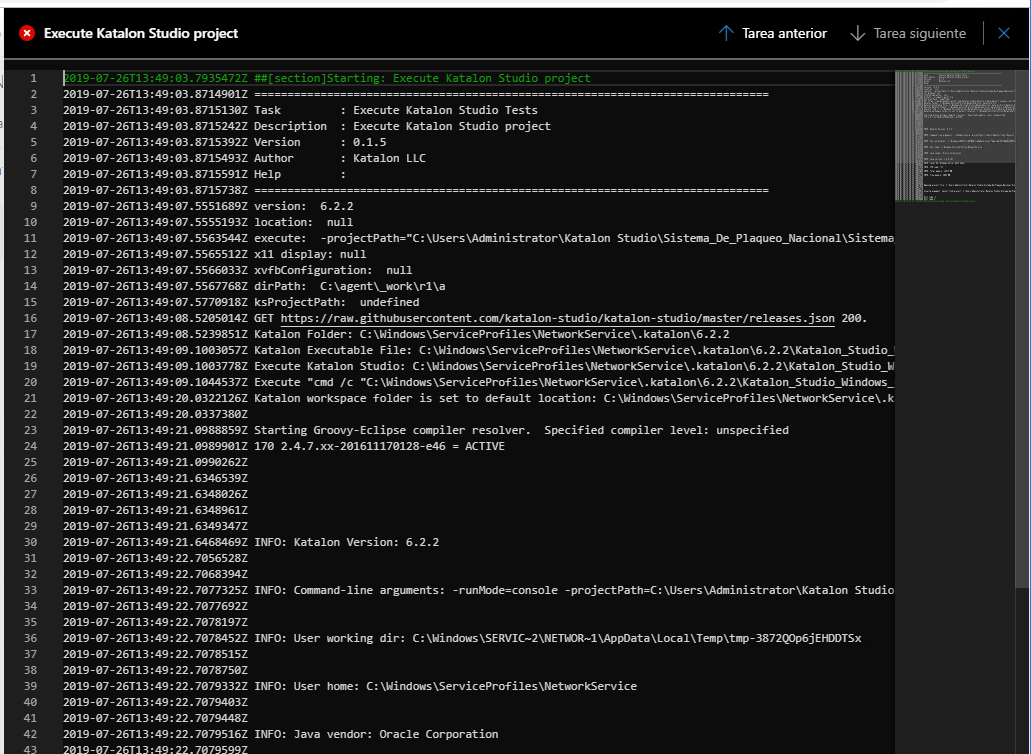 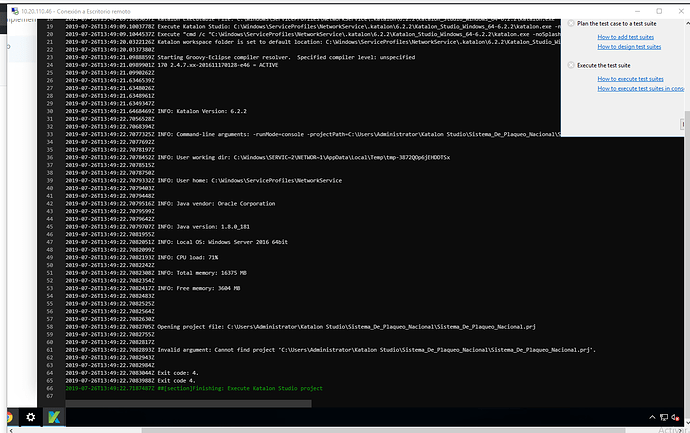 It says that cannot find project, but if I copy the path, it actually exist.

In your command line, you have to start “katalon” and not “katalon.exe”.
I don’t know if it makes any difference but might worth a try.

Hi, yeah, I changed the path on windows server 2016 to the correspondig project abosulute path, Actually I copied the Path of the output that says “cannot find project” and paste it over file explorer to see if it was some misstype but no, it takes me to that path.

Hi @Nilau.
Thanks for your reply, well it´s just that, that katalon extension just require the version and the arguments katalon.exe is set by the extension itself. I have not to suply the program.

Where do you locate your project on Windows Server?