Katalon IDE is built on Eclipse. So, should there be an option to integrate TFS & Katalon…?

There is no option to integrate TFS & Katalon. You can do it manually using console mode execution to utilize it. I can write a guide if you really need to know

Thanks Vinh Nguyen. Please share the guide, that would be of great help.

Please see attached file :), please note that is is just a general guide.

I have tried that, but from VSTS not working, it is staring Katalon but not scripts. Please help me on this.

Same here! I got an error after the creation of build. 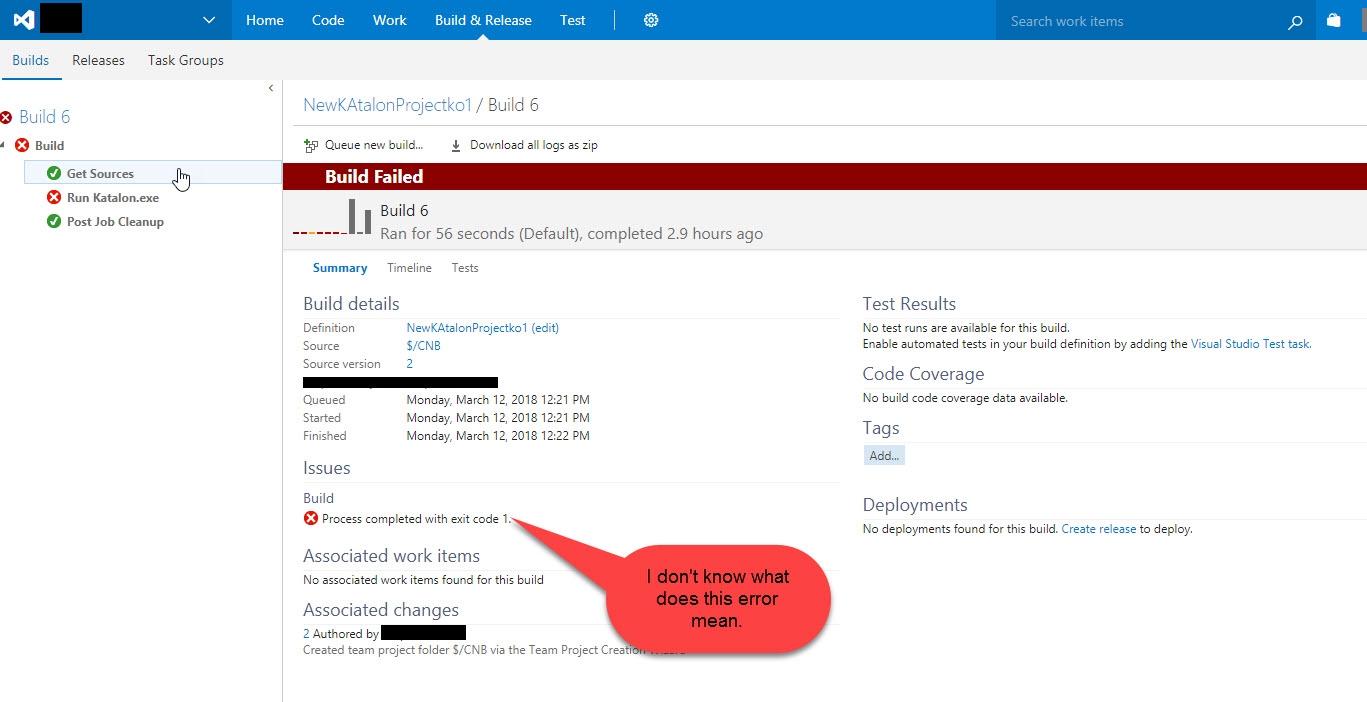 It’s working, but it seems to leave Katalon.exe running and any browsers (ex: chrome.exe) running in the background when it’s done. Is there a way to stop them automatically? Also, the browser isn’t displayed when the tests are running so the video log is just a blank/black. Is it running headless? Is there an way to make the browser display? Or at least get a video log? Thanks.

I realized the “-noExit” option needed to be removed from my command line; the processes stop now. Still working on the video log…

Hi I am thinking of using katalon studio for automation but we are using TFS . will Katalon studio work on TFS as I have been reading mixed reviews please suggest

Hello, I have the same scenario that James quoted here, do you have a solution?

It works with TFS for me. I run a powershell script passing in the $testServerName, $PassWord, etc.

Thanks Butler appreciate your help.

Thanks Butler appreciate your help.

Did you get a report emailed when running this way? Also, it seems to run headless, so you get a blank video log, eh?

I want to implement this tool but only impediment is we need to integrate with TFS.

Thanks in advance for your support.

@Zarashima @Jhonex
I’m having the same issue - able to run the katalon scripts, however on VSTS build getting error ‘Cmd.exe exited with code ‘1’.’ and build job ‘kalaton.exe’ is not finishing.