Console mode errors on only 25% of device: Unable to start app

I have a bash script on Windows 10 PCs, using the console mode execution (command line) of katalon.exe for Android tests. The script iterates through an array of test suites to run a half dozen test cases at time.

On about 25% of my test runs (across several devices), I see these errors consistently. “Unable to start app” with either of two causes.

Using “adb devices” before and after the test, the devices do appear to be available. On the same host PC with the same connected device, the bash script continues to the next test suite and the test cases beginning running. And the same test suite that malfunctions on one host-Android combination passes on other PC-devices.

(I am using a different Windows 10 PC for each Android device because parallel execution on for multiple Android devices on the same PC seems to be a little buggy – Appium server cross-talking from one instance to another?? as noted in other threads, I believe.)

And on another 25% of my machines, the tests will launch and I witness them starting (actually install app), I’ll come back later to see that Katalon is cycling through the same step for hours (without much detail in console, see screengrab). The app itself appears to have uninstalled from the device, but Katalon is still looking for it. I suspect the Appium or Selenium servers have crashed behind the scenes (which caused the uninstall). Since the test is still looping, there is not a report sent up to Katalon Analytics for me to investigate.

Where can I look for further debugging information? 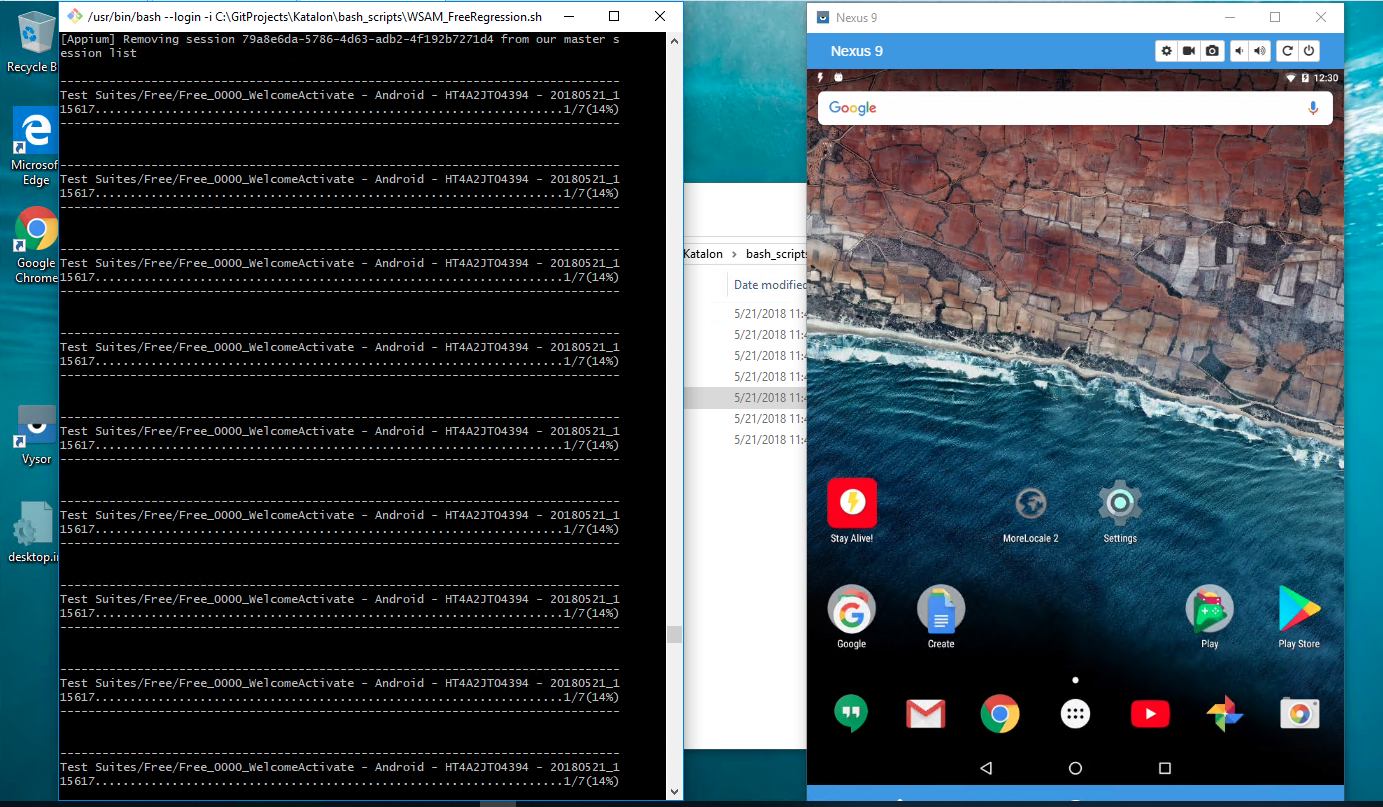