Can you force all objects upon detection/recording to be identified by a certain identifier?

I noticed while recording a script as part of the tutorial that Katalon tracked multiple methods to identify a web object. In many cases it selected something other than the ‘id’ of the object by default. Is there a way to change that default behavior so that it selects ‘id’ first if it is present before using other methods to identify an object when recording a script or adding via the object spy?

Is this what you’re looking for? 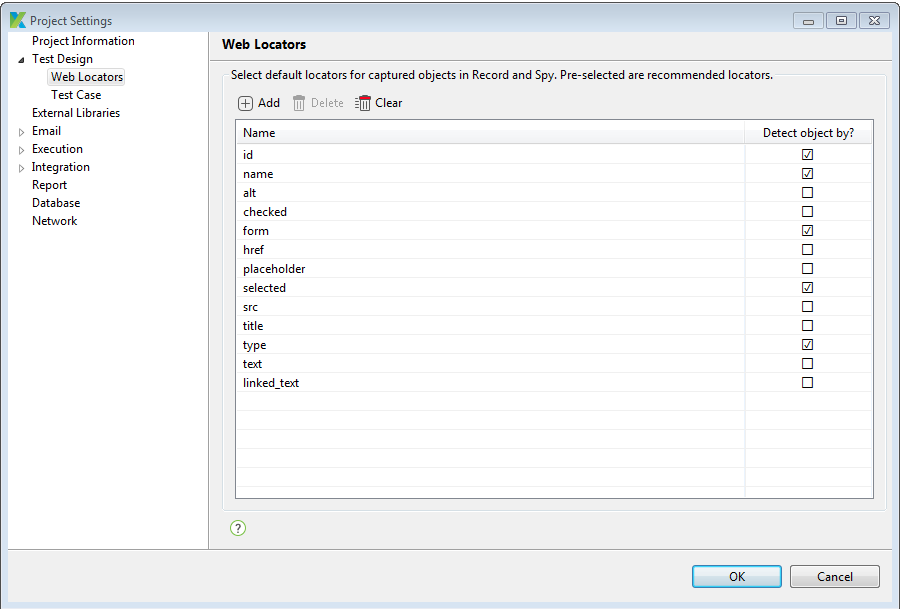 That was exactly it - I again forgot to come back here to mention I found it with just a little bit of looking around. I had originally forgotten that was under the project settings