I have used verify element not visible command to verify that element is not visible in view port which was not visible. But in Katalon 5.6 the element is found by heuristic method which is not correct.

I didn’t experience this issue in Katalon 5.5 version. I have attached the screenshot of code and result. 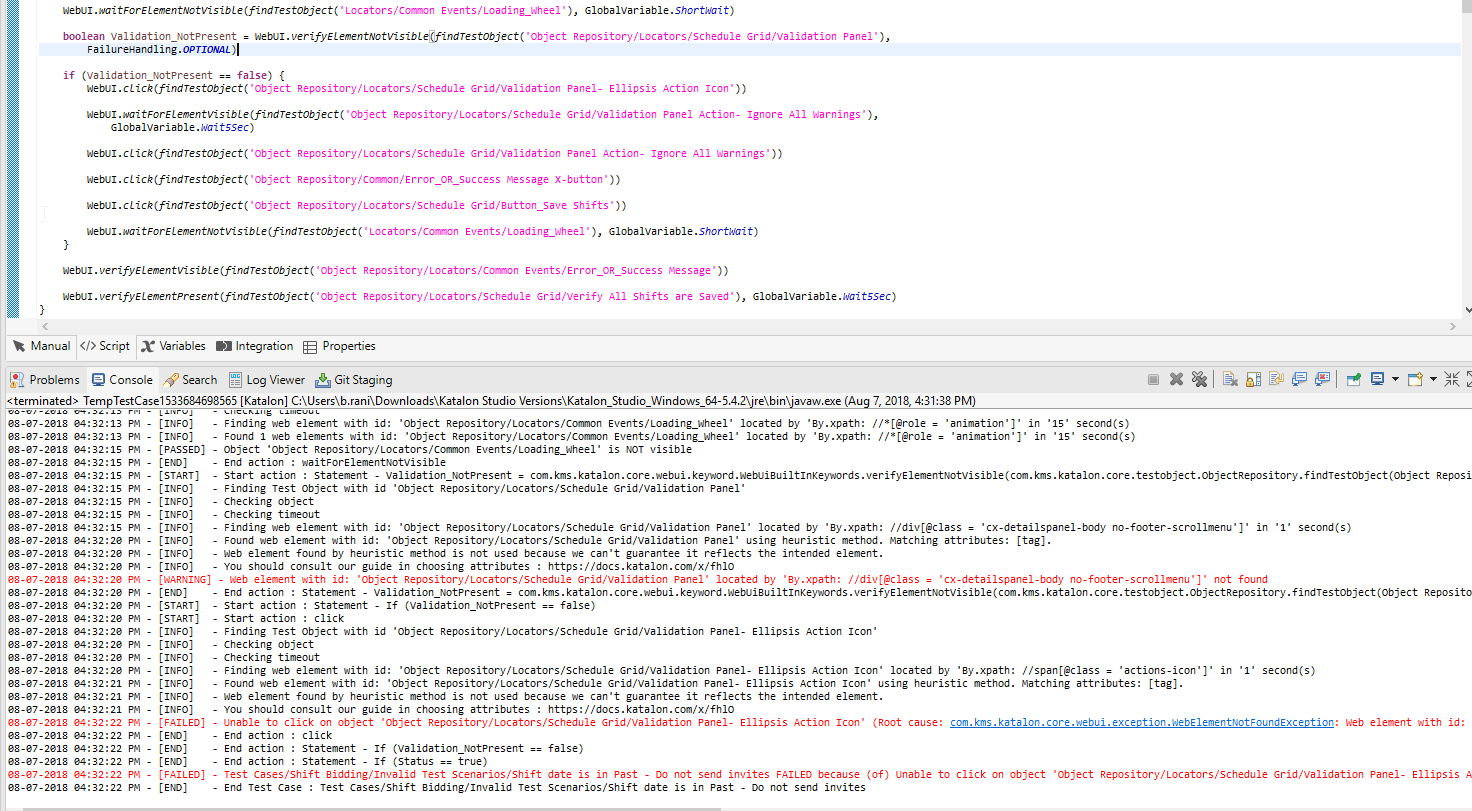 In the logs, it gives the warning that web element not found but it still goes to if statement loop. Because of this my script is keep failing.

Upon checking once again from 5.5 and 5.6, the result of that ‘Verify Element Not Visible’ is the same, can you help to double check it again?

Thanks for reply Vinh. I ran my script on 5.5 many times last month (before updated to 5.6)and didn’t get this issue. And also if element is not visible then why application tries to find it using heuristic method. You can see in screenshot that in logs it clearly says that element not found.

According to me, this is a serious issue and should be fixed, but your team knows better.

Any update on this? I’m also running into issues when using verifyElementPresent in if statements, these were all working previously. I am using 5.6.0. Thanks.

No updates, I modified my script, previously, my if statement was checking false condition and now it is checking true status. Basically, to make it work, I have reversed if and else code block.