I use Katalon Studio 7.2.1 on Mac OSX Catalina. I believe other versions have the same problem, on Windows as well.

Let me show you an example with screenshots. I have a sample project on GitHub

In the junit4ks project, as an initial state, I had a pair of Groovy scripts

I could successfully renamed the Keywords/junittutorial package to Keywords/my.tutorial by choosing Rename menu in the Tests Explorer of Katalon Studio. 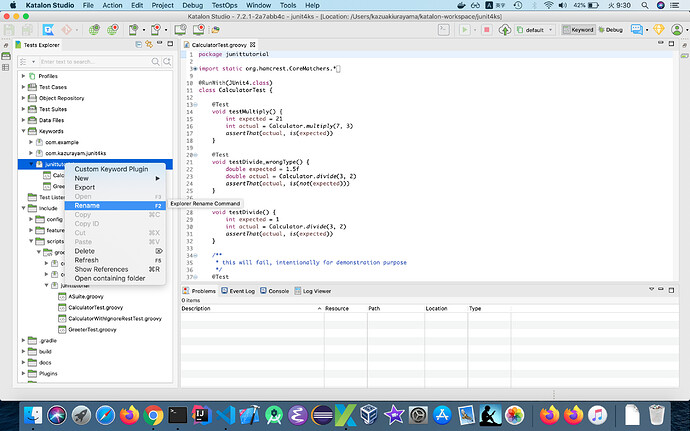 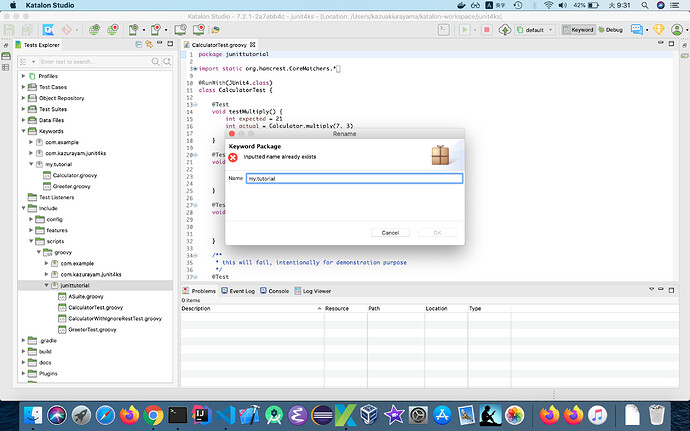 I think, KS should NOT reject renaming a package in the Include to a newPackageName even when Keywords/newPackageName already exists.

This behaviour makes refactoring codes in the Include subfolder difficult.

please put this issue into your backlog

Let me add a description of problem.

Curiously enough, I could add Include/script/groovy/newPackageName by choosing New > package in the Tests Explorer. 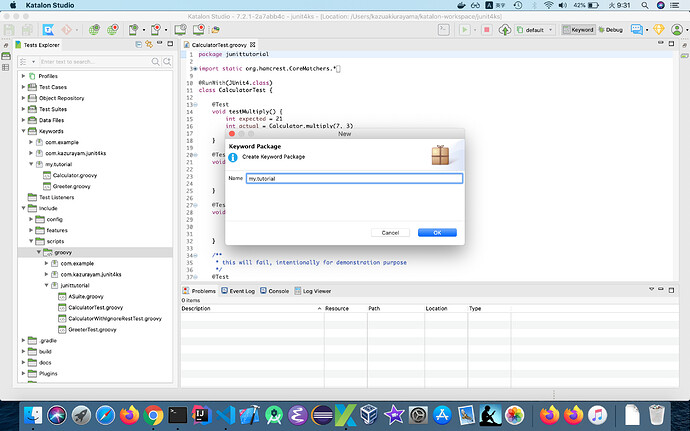