There was problem while parsing the response object

I have a problem when calling api with method POST.
I tried to call this api in Postman and it works. But when I try to call in Katalon, there is a problem like the following picture: 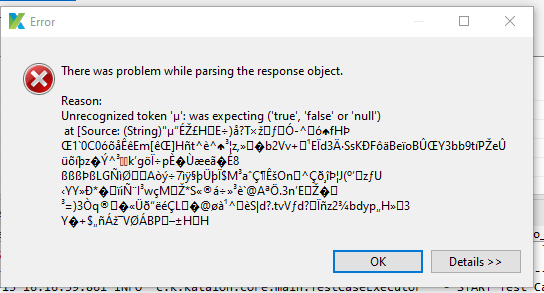 The response status is 200 but body having wrong font like this: 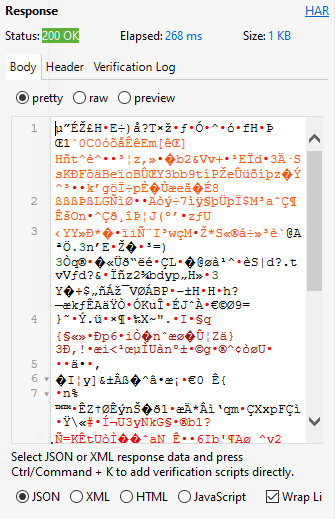 image335×519 22.8 KB
Header and body are the same, but I don’t know why katalon can not return the expected response.
I hope everyone can help me to resolve this problem.
Thank you so much!
Katalon repsonse size smaller than Postman response size?
Ibus September 16, 2019, 9:51am #2

looks like you received a gziped response. check the headers sent by postman

The header in postman look likes the picture: 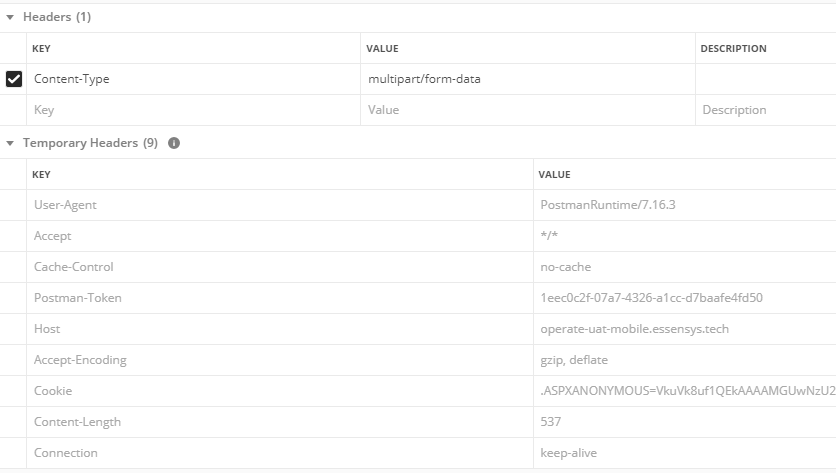 On the broken response header, i saw this -> Content-Encoding: br
On my request header, i had Accept-Encoding gzip, deflate, br.
I tried deleting the ‘br’ from the Accept-Encoding on my header and resent the request. It solved the issue for me.

Maybe you can try checking the Content-Encoding from the broken response and try to modify your request header’s Accept-Encoding accordingly.

I think Katalon Studio can not parse the response object with Content-Type: multipart/form-data

You had better use other tools.