SSH Authentication of GIT and Katalon 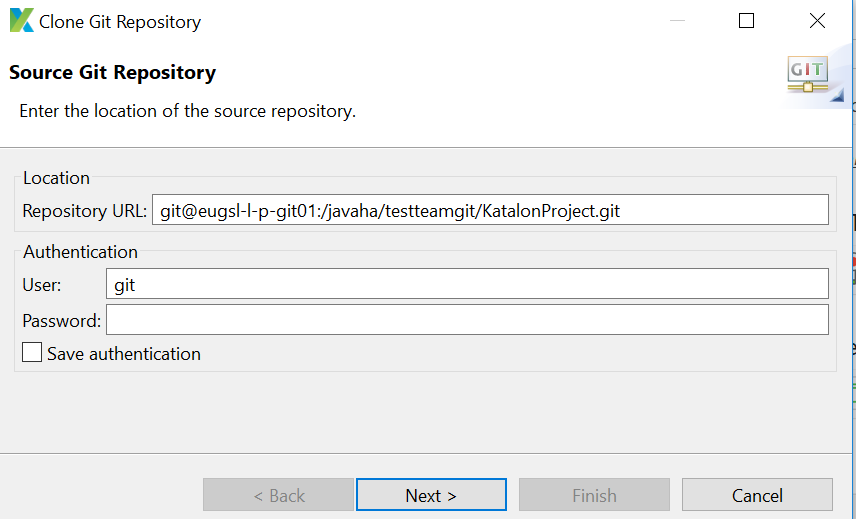 When I click on Next it shows the below dialog box

When I Click on Yes it shows the below dialog box

Not sure if that might be an issue on katalon as it is looking for the Known_host file in ssh folder , but the system generated folder is named as .ssh - It is a guess.

Please help me with the above set up and let me know if more details required.

the authenticity of host cant be established error means SSH telling you that it’s never seen this particular host key before, so it isn’t able to truly verify that you’re connecting to the host you think you are. When you say “Yes” it puts the ssh key into your known_hosts file, and then on subsequent connections will compare the key it gets from the host to the one in the known_hosts file. But since the host file location shown on Katalon does not match as Katalon search in SSH folder , which is not SHH but it is .SSH hence cannot pick up and compare the key?

Please update katalon with SSH key support. It is really mandatory as many of the big companies are using git enterprise with intranet login/ssh, without it the git feature does not make any sense. Or is there a workaround? I do not want to use git separately from console, because it would be easier then to create a local zip backup and share it with colleague as to use a git…

Yep I agree, large enterprises usually use SSH Key support.
Something to look at for the next version @Trong_Bui

This feature has been implemented in version 7.0.