Question about version 6.20.rc1 in regards to Appium

Hi, I’m looking for some information regarding the most recent beta release of Katalon Studio. The team responsible currently for developing our suite of automated test processes has run into trouble using Appium 1.8.1 with iOS. They’re reporting certain elements aren’t recognized, locking up further progress using Katalon. Would this latest beta release possibly address this issue? Seeing as how it works with Appium 1.12.1. I’d definitely like to suggest the beta release to the team if it’s something worth trying.

I’m testing out the Katalon Studio 6.2.0 beta build with Appium 1.12.1, Xcode 10.1 and iOS 12.1. So far it’s starting the tests just fine, which is better than with Appium 1.8.1. I have some custom logic that’s relying on some Appium functionality and that is breaking with Appium 1.12.1, so I need to look into that some more.

In the meantime, you can also try Appium Server 1.8.2-beta, which my team has been using with Xcode 10 and iOS 12 for awhile and it works very well.

Could you explain a bit further about the locators not being accessible? Can you share the test script and test objects? 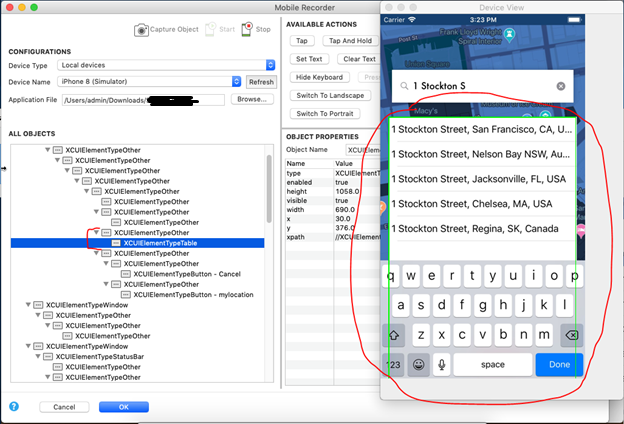 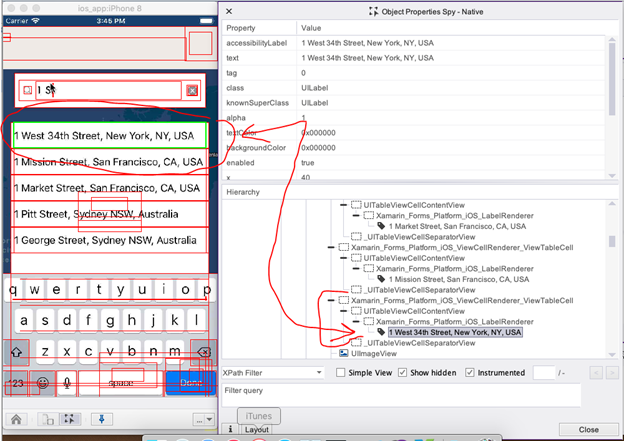 Unfortunately we face issues during on the way to implement tests for IOS application. The issue is we can’t get some of the elements on the screen to operate. This blocks any further test implementation.

As you can see, the whole plate with the addresses (green rectangle) presented as XCUIElementTypeTable with no content in it, there is nothing to operate with.

And such examples are everywhere in the application.

The cause of this behavior is obsolete Appium version that we have to use within the Katalon.

Unfortunately Katalon restricted to Appium’s version 1.8.1 and there is no plans (Appium 1.9.0+ support) to update it.

To prove the findings, take a look at the same application using same setup but with Appium Studio with latest Appium onboard: Picture 2

I found that your app is based on Xamarin, a hybrid framework that embeds Web View in their custom controls. Katalon Mobile Recorder currently doesn’t detect them but you can work around by: