Katalon Studio on macOS does not auto update

I have been using Katalon Studio on a macOs Mojave version 10.14.6 and I noticed that the version of Katalon is 7.0.1, but that the latest version is 7.2.0. I have read in the Katalon docs that Katalon auto updates if a new version is available when one starts it. I use Katalon every day but it apparently has not updated since I installed this version of Katalon Studio.

I am also having a problem updating the Chromedriver. I have version 77 but Chrome is now at version 79. 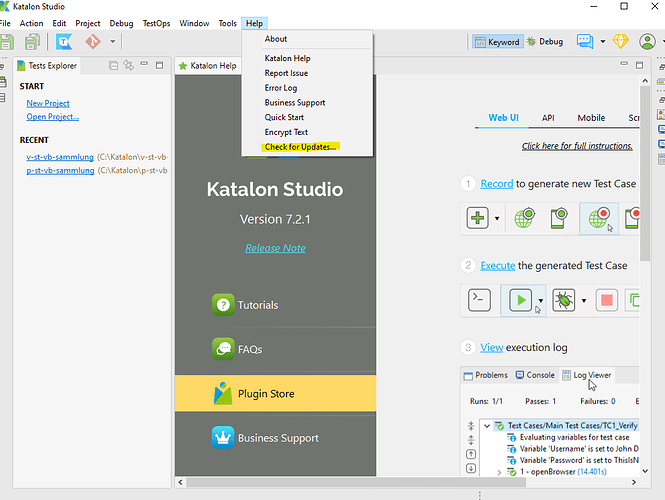 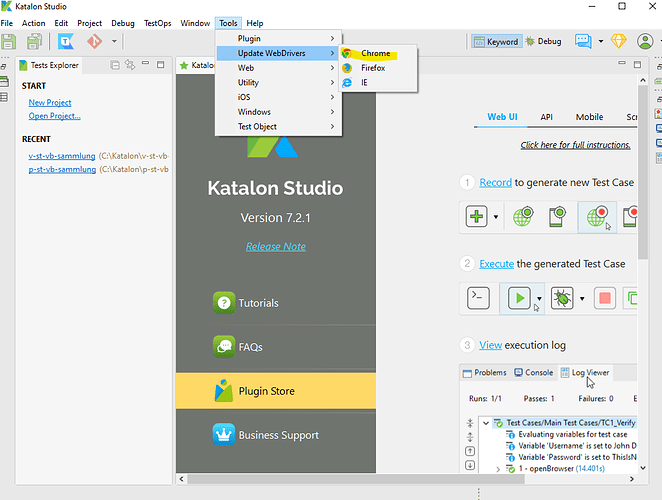 I dont know if true but should be the same for macOS.
Hope it works

image1137×410 108 KB
Attached is an image of my Katalon Studio with the Help menu expanded. There is no ‘Check for Updates…’ menu item there. I have scanned the other menu items and I can find no place to check for updates.

As it is, I still cannot update Katalon Studio unless I were to uninstall and reinstall.

I just saw in the comments for the Update Katalon Studio page in Katalon Documents that someone else with a Mac and version 7.0.1 does not have the Check For Updates option. Apparently it is available on later versions of Katalon Studio for MacOS. If I’m not mistaken, I’ll have to download the latest version from the website and install manually.

@rich.svetlik Yupp I think this was a bug with this version. You will not face this issue in the latest update