The problem i mostly had, was that the Error Log pointed me in the wrong direction. I tried to troubleshoot the project and the folder / path it was in. However the problem was in the path the Studio
was in, since that had a “ü” in it, which made the error appear.
It also generated the globalVariable file, even though the Error said it couldn’t. Quick Fix would probaply be to adjust the error message, though i think it would be benefical to have Katalon Studio beeing able to run from any OS supported path. 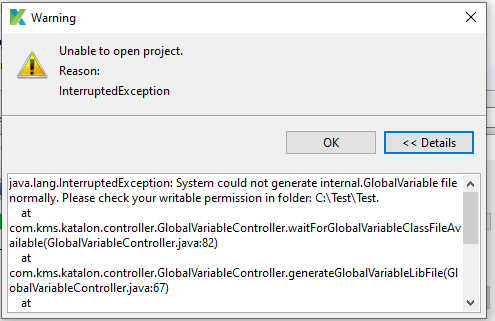 Thank you for your report and apologize for the inconvenience, we will look into this issue and let you know !

same problem in me windwos 11 pro