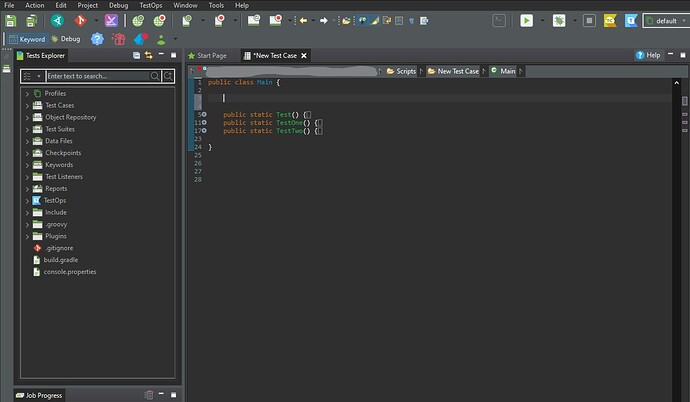 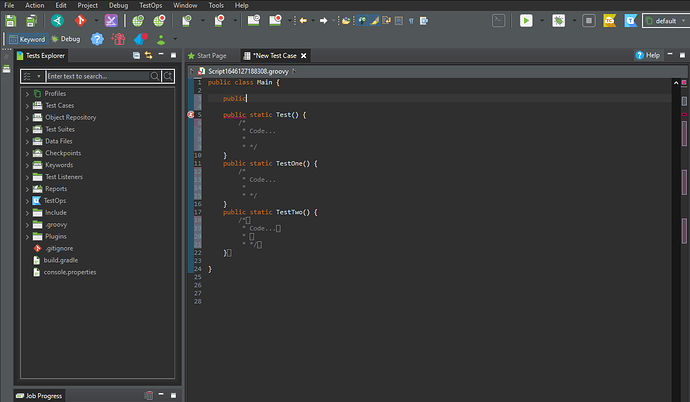 As the title says, Katalon auto-unfold my code in script mode every time I start typing. For example a new variable, a new function, or when I open double quotes etc. It’s really annoying that I spend time on re-fold the auto-unfolded code. Especially when code is not just a few lines…

I tried to reproduce what you saw on my Mac.

Yes, I could reproduce what @simos reported.

I think that Katalon Studio was confused by the code @simos.sigma wrote.

This is a Groovy class definition.

So Katalon Studio could not understand what @simos.sigma wrote. Therefore it does irrational auto-unfolding.

I rewrote the code in the format of Groovy script:

Katalon Studio did not do auto-unfolding at all.

I think @kazurayam has solved this. Using main() {}` in a script class is likely a no-no.

You may not be aware that, behind the scenes, when you write a Test Case like this:

What you end up with is something like this:

Moving this out of Bug Reports.

@kazurayam @Russ_Thomas Hm… It happens even when I use defs only…

That might be expected behavior – it’s trying to show you where the error is located.

In a Eclipse document Preferences > Java > Editor>Folding, I found a description:

Members | If enabled, Java members are folded when opening a new editor.

Please note that this preference is effective only “when opening a new editor”.

This is Eclipse design, not of Katalon Studio. I suppose that Katalon people can not modify this behaviour.

it’s trying to show you where the error is located.

Possibly. But it’s too kind for @simos.sigma.

So the quickest remedy for @simos.sigma would be:

It’s really annoying that I spend time on re-fold the auto-unfolded code.

@simos.sigma You don’t have to re-fold defs one by one manually.