Is it possible to import existing selenium tests created through the firefox IDE into katalon?

Hi,
I’m new to katalon and was wondering about its abilities.
I’ve used the selenium IDE plugin in firefox previously to create tests and have quite a few of them, all of which are html files.
I was wondering if its possible to import these existing tests in some from into katalon and use them directly instead of creating new tests from scratch?
I’ve been trying to search for this information but was unable to find anything similar so any pointers would be much appreciated.

Also wanted to know if we can write the Scripts (In Katalon) in the syntax similar to one using Selenium Java in Eclipse or any other IDE.

At the moment it is not possible to import test scripts to Katalon created with Selenium Java in other IDEs. But you can extend your keywords using Java code.

Okay thanks for the information Jan.

Just in case anyone is struggling on how to import a Selenium test case.
In Katalon Recorder,

Hi Mark, I could not find the three vertical dos next to ‘test Case’ in the Katalon Recorder. Can you please give further details? Maybe a screen shot? Thank you!

Hi Ian, I found the reference Mark was talking about and it does work…see attached screenshot after you’ve clicked the Katalon Recorder icon at the top of your browser window.

Hi,
Is it possible to export Katalon groovy/Java code from Katalon to Eclipse ?

In current version of the Katalon automation recorder it is gone, and import does not work.
Any ideas ? 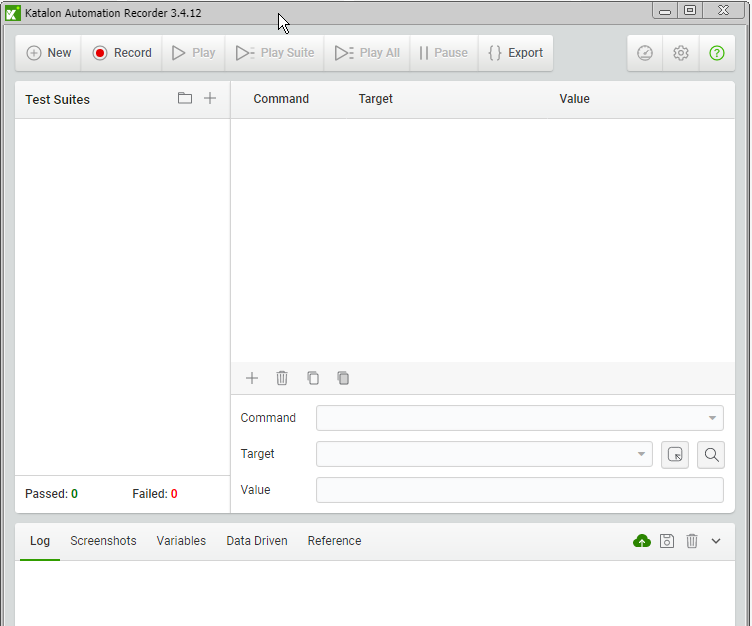 You can click on the “folder” icon next to the “+” (plus) icon to open *.html test suites.

I’m can import selenium html - I can see the file name displayed but no commands are displayed as if test empty - can anyone help?

’m can import selenium html - I can see the file name displayed but no commands are displayed as if test empty - can anyone help?

please any one reply