Is it possible to import test cases into Katalon Studio from Katalon Automation Recorder without having to re-record them?

I am not understanding your question yet. You can export Katalon Recorder’s test cases as Katalon Studio’s script. 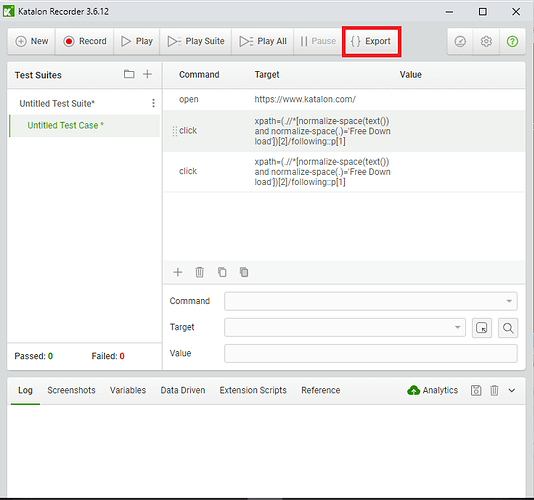 Please provide us with more information.

Yes, that is what I was looking for, ThanhTo. Thank you.

Thanks Mark for posting that. Very helpful.

Getting this error in console :

"No signature of method: com.thoughtworks.selenium.webdriven.WebDriverBackedSelenium.loadVars() is applicable for argument types: (java.lang.String) "

How do we get around this issue?