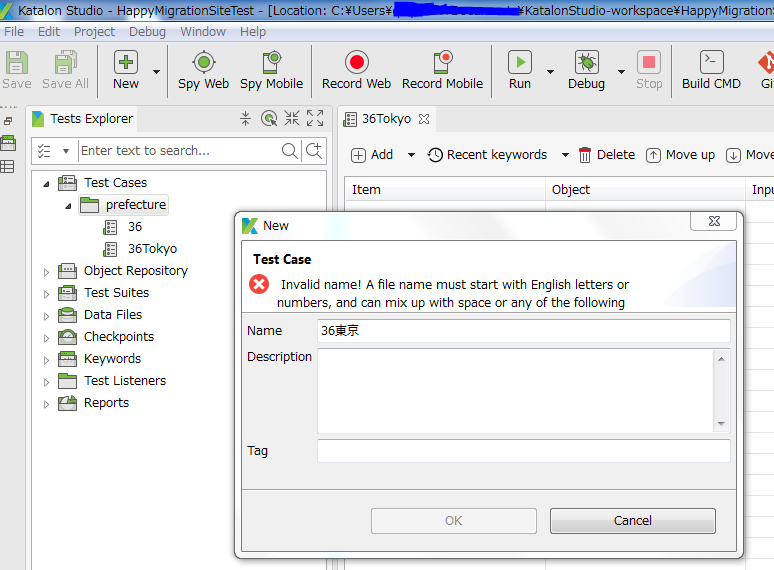 It seems that Katalon Studio does not like multi-bytes characters such as “東京” to appear in the TestCase name. Here I18N problem exists.

I want to name Testcases, TestSuites and entities in Object Repository and so on with my mother tongue (Japanese) just to make the Katalon Project useful.

This problem makes me hesitate to introduce Katalon Studio into my Japanese collegues.

Contribute to kazurayam/Checking_if_KS7.1.0_fixed_internationalization_problems development by creating an account on GitHub.