I want to name folders in my native language

Katalon Studio upto version 7 has an internationalization problem. I want to create folders in Test Cases/Object Repository/Test Suites/Data Files with name in my native language (ja_JP). When I try, Katalon Studio rejects it. 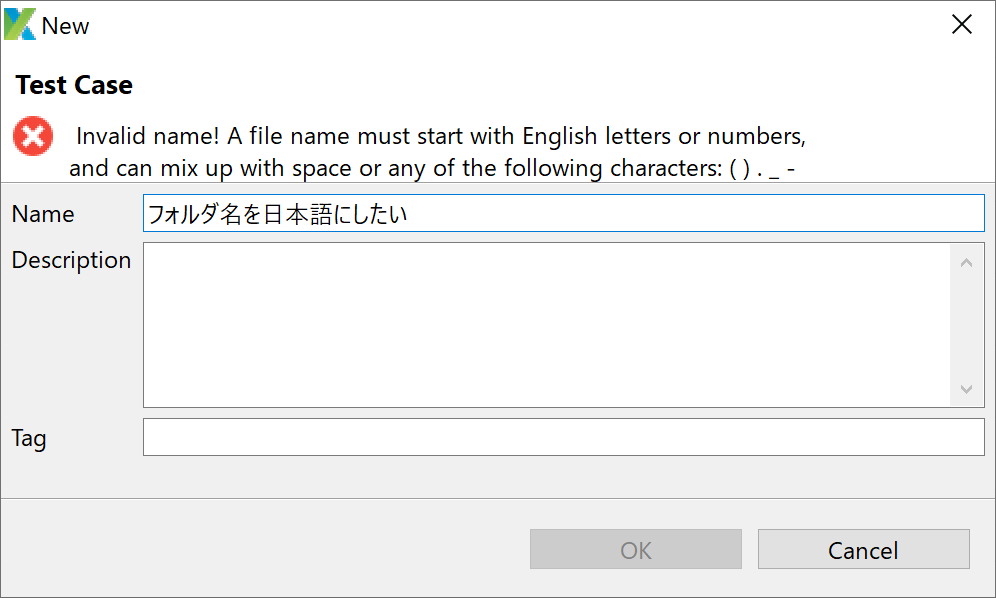 What I can create now

The current Katalon Studio forces me to use ASCII characters for all folders. Therefore I do create file tree as shown below:

But I can not do this due to the spec.

What I want in future

The following picture shows what I want. Some folders are named in Japanese characters.

I want to name folders using Japanese 漢字 Kanji ひらがな Hiragana カタカナ Katakana characters. Others may want Cyrillic alphabet, Arabic alphabet, Chinese characters and so on. All of these should be considers as long as they are allowed by OS as folder names.

Let me inform you of my small interesting finding.

I could create Execution Profiles named in Japanese characters as follows 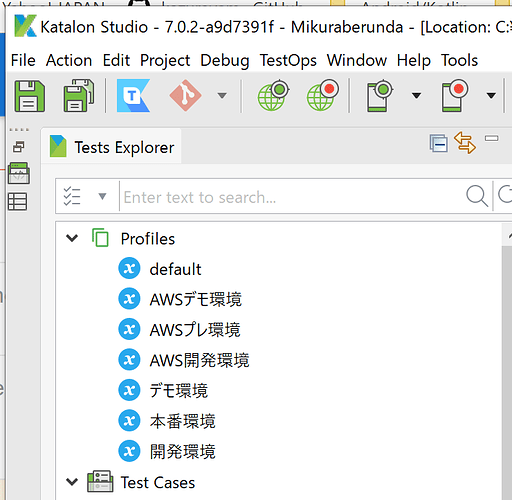 It is good. My collegues, who would activate the test suites, will surely like them named in Japanese.

Contribute to kazurayam/Checking_if_KS7.1.0_fixed_internationalization_problems development by creating an account on GitHub.