Exceptions shown as Passed on Test Step Level in HTML-Report

The created HTML-Report, as wells as the Test Case Log, after each Test Suite are showing Test Steps as passed, even if an error occurred. Hence, it’s parent Test Step (i.e. if condition) is shown as passed as well and finding the failed step in the test case report is nearly impossible.

Higher levels such as Test Cases and Suits are correctly shown as failed.

All three Test Steps are marked as failed/error in the reports, as either at least one of their childNodes or the step itself failed/had an error.

All three Test Steps are marked as passed although an error occurred. 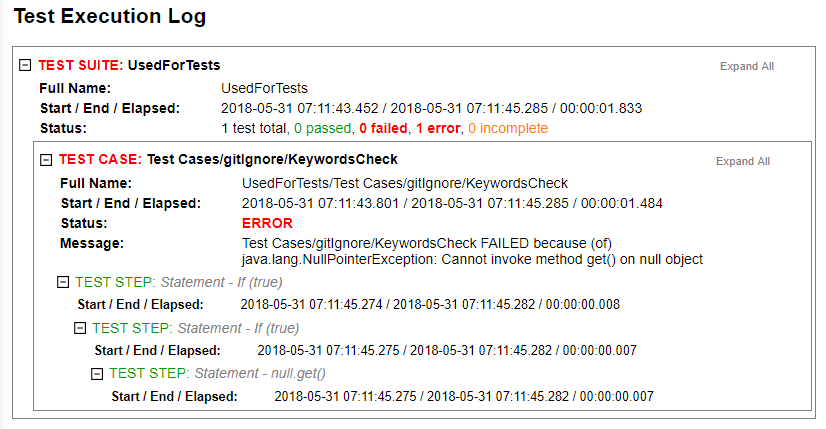