Report: Error counter is not incremented despite the existence of errors

Hello,
The counters available in the report header, is 0 despite the existence of execution errors. (see below)
Can you help me ?

@a.lyazid.ext despite the error, the test step has passed, therefore the sum of errors is 0.
can you share your test script code? most probably is due to error handling … or a bug

Hello,
I fixed my bug, which is due to a delay in loading the Webelement.
Regarding the report, I understand that the Test step is passed, but it should not, since there is an error. I think it is a bug !

@Russ_Thomas the OP may have a point.
can you move this to BUG section after @a.lyazid.ext will kindly tell us also on what katalon version this issue occurred ?

that was my thought too initially … but is still an error, not a failure, which seems to be not collected at the general report level

What version of Katalon are you using?

If not 7.x, please upgrade and let us know if that fixes it.

This the version of Katalon Studio that im using : 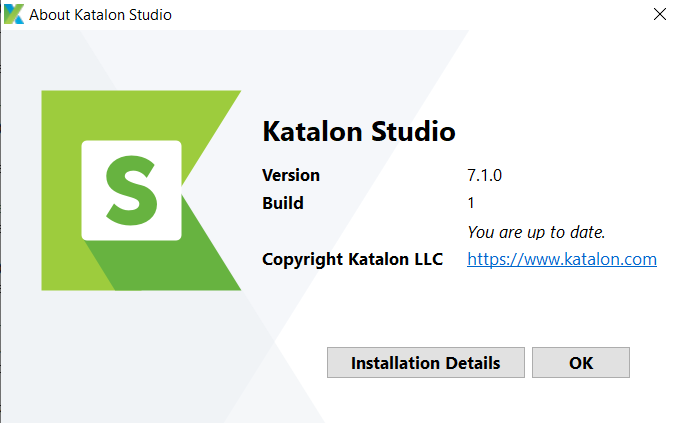 Hello,
Did you manage to correct this Bug?, i keep encountering the same problem on other test cases.

i keep encountering the same problem on other test cases.

If you haven’t upgraded to a newer release, you will see the same issue. Try the latest release: https://github.com/katalon-studio/katalon-studio/releases

ok, Thank you for this feedback. I will upgrade Katalon, and keep you informed of the test result.

Test Ok, with the last version of Katalon Studio : 7.2.3
Thanks.

Excellent. Thanks for reporting back.