Currently automating an Android application that was built with ionic 1 inside of Cordova as a hybrid application. Using the mobile recorder only seems to reveal and interact with certain elements and they often appear to be hidden. When I click the element in the window (the POR Manifest box) nothing happens. When I click the element in the object spy the element flashes to the right side of the screen, indicated by the second arrow, meaning it is not where it should be. This makes the elements impossible to tap/setText for because it cannot work with the elements that are not lined up. Is Katalon able to properly test cordova applications? Is there something I can do to get around this problem? 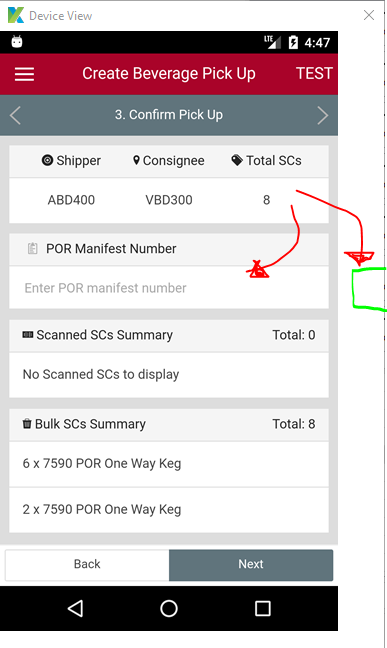 I have similar problem with ionic apk using Katalon 5.7.0.1, Appium 1.8.1.
When I use mobile recorder and want to click some button instead of an object whole page flashes and button is not detected. The problem appears in menus which are overlayed over some other view. See example, button (x) is detected, but buttons (Start tracking) and (Add manually) are not detected. 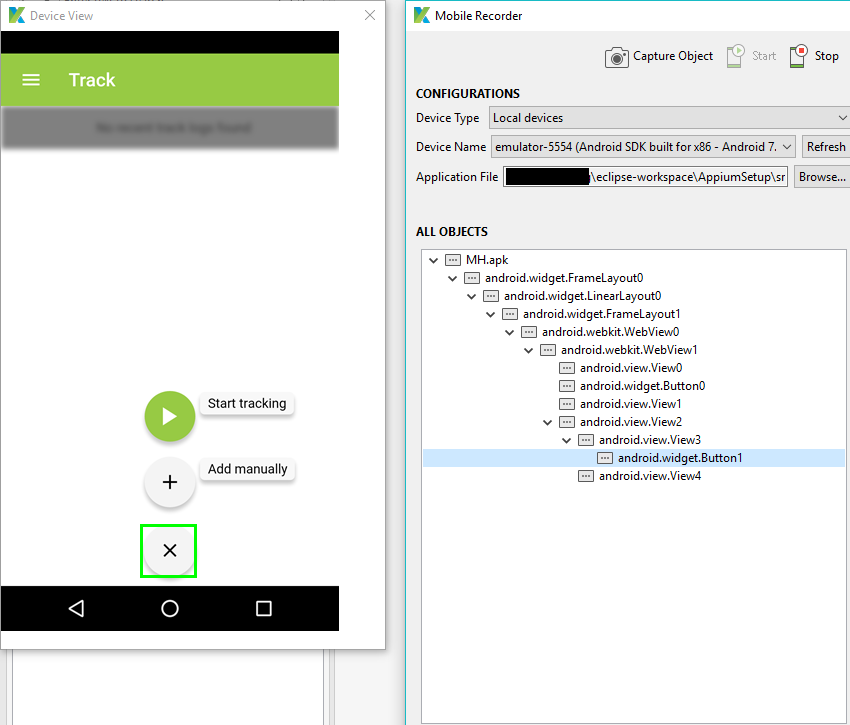 Alrite then, i found the problem on my app too
I think app that im testing on is a hybrid one.
So katalon havent support yet bout hybrid app.

Note:
I found how to fix it, but it was a lil tricky
On my app that i cant capture the objects are textfield and button. simple as login form.
I have to manually make the keyboard shown up and hide again, and then capture the objects again.
Yap those object captured perfectly.

The solution is, we should find the way to open and hide keyboard on any screen/activity.