while playing with your build in WS part, I found a problem in displaying the SOAP response, which needs to be UTF-8 encoded.

and use this SOAP test endpoint

and send this request

The the right response window will show the plain response text with some bad characters instead the german umlauts, in this case the “ö”

Those are the expected correct values:

Notice: The console output is ok, the umlauts are correctly shown

Hi Patrik,
This issue will be fixed on the latest release. Please double check again with next version.
Feel free to post any questions or feedback to make Katalon Studio better.

Thanks for choosing Katalon products,

Hi Alice,
I verified it with release 5.5 and it was fixed as expected.
Thank you.

Hello Alice!
I had a similar problem, like Patrick. I create a RESTful request for verification, I run it in the objects repository, but in response I get data in the WIN1251 encoding, although the response specifies the encoding of UTF-8. However, as a result of the test case that uses this query, I get the correct answer. The problem is only in the representation of Cyrillic symbols in the right block of the response in the object repository. I use the version of Katalon 5.5, tried both 32 version, and 64. I would be very grateful for your help.

The same issue is happened to me on Windows 10. The Japanese text in response is garbled and is not encoded in UTF-8. Following is my environment. 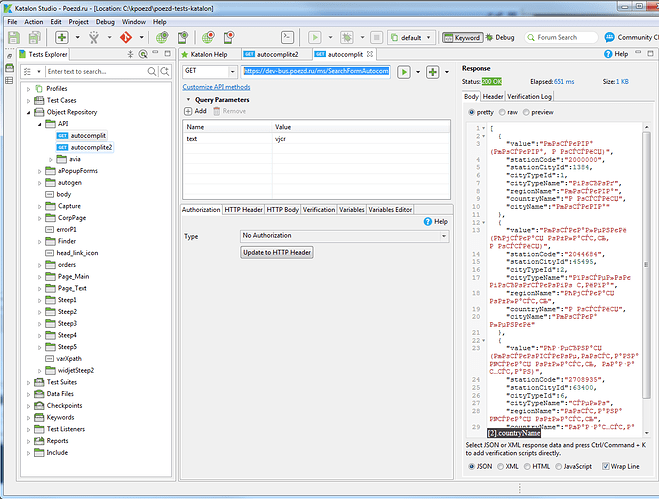 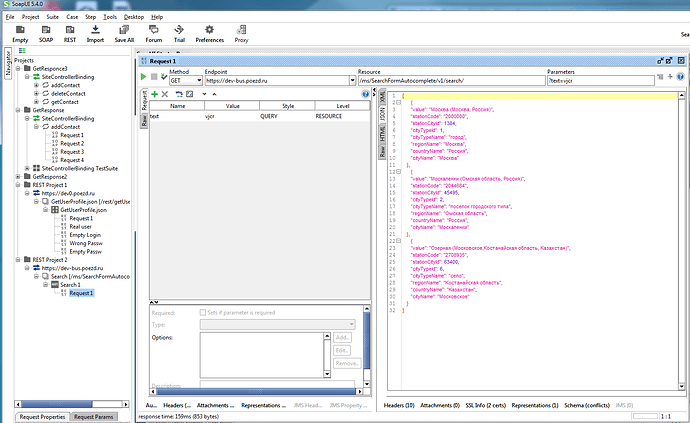 For me with Katalon Studio 5.10.1 the SOAP Weservice response is displayed corrently
But I can confirm that REST API calls are still faulty displayed

EDIT:
…Ok after sleeping one night, this response with \u**** encoding for “special characters” is as expected, because the server side is doing a JSON String escaping.

Without the encoding on server side, the JSON response looks like this, which is really not readable anymore:

the german umlauts characters are not displayed properly in REST response in windows 10 64bit with Katalon Studio - 6.2.0

In Katalon 6.2.2 characters are still not displayed properly in REST response in windows.

The following post will show you how to fix it.

My experiment I use Katalon Studio v6.1.3, on Windows 10. I made a Test Object for Web Service Request to https://news.yahoo.co.jp/pickup/rss.xml. I tested it and got the following response. The response page displayed non-latin characaters garbled. I wanted to solve this. [YahooJpnRssWithGarbledCharacters] My study Using Chromes DevTool, I confirmed that the response was in charset=UTF-8: [YahooJpnRssIsRespondedWithCharsetUTF-8] In Katalon Studio, Window > Katalon Studio Preference > G…