Not able to install Katalon studio in Ubuntu

I had downloaded the Katalon studio from the above link to install it in Ubuntu. Downloaded the file as given (Katalon_Studio_Linux_64-4.8.tar.gz) and extracted the files.

After extracting the files, followed the steps given in the below link where I had navigated to the folder which has katalon.exe in CMD and then pasted (**./katalon {option1} {option2} … {optionN}) **next to the $ in CMD which was specified in below link for Linux.

Concluding, I was not able to install Katalon in Ubuntu. Please see the attached screenshot for better understanding. 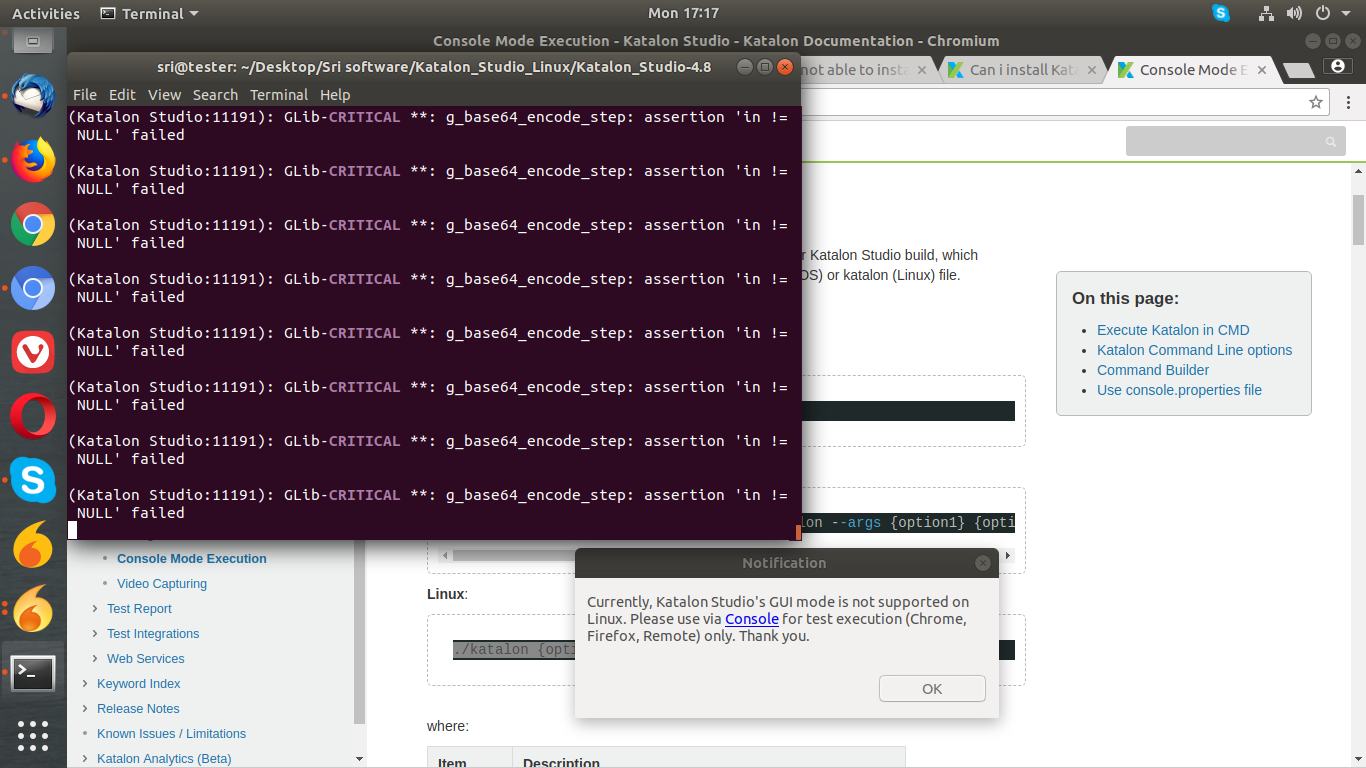