I was trying to add a Value Type of Variable, but none of my variables are showing up. Why would that be?

We will need more information. Try following the tips in this post:

[TIP] My test is BROKEN! NOTHING WORKS! PLEASE HELP ME! Tips and Tricks

If you find yourself saying something like the title of this post, take a deep breath and relax. Do that BEFORE you reach for the keyboard and BEFORE you start typing. Yes, there are some pretty smart people on this forum. But even so, they/we are not magicians or wizards or gods. We can’t see your code. We can’t see your errors… Remember: We don’t even know what your application is meant to do even though it might seem perfectly obvious to you. So relax. Follow the advice below and take…

i want to revive this topic, because i have the same issue. i think it should be a bug-tagged post.

So i create 2 simple variable, 1 is a map, and the other is list. I want to add the map to the list, but nothing show up in the dropdown view. i already save the file.

The screenshot of this activity and my katalon studio version is below: 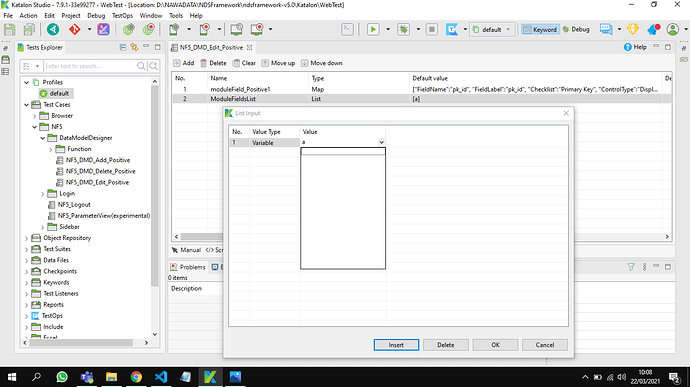 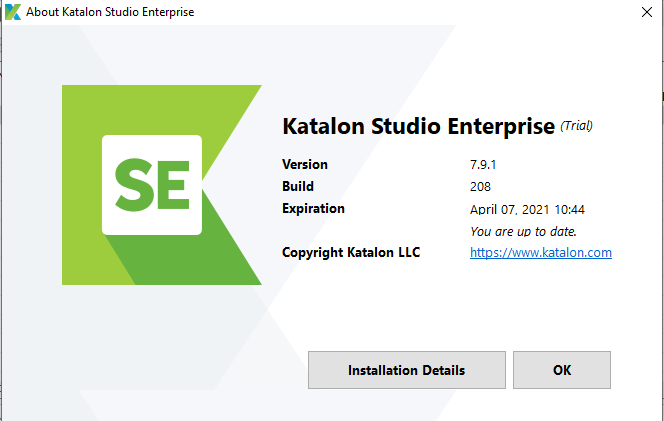 thanks for the fast reply,

in that case, i have 2 more question:

the problem is, i dont see a Map type when adding list value, 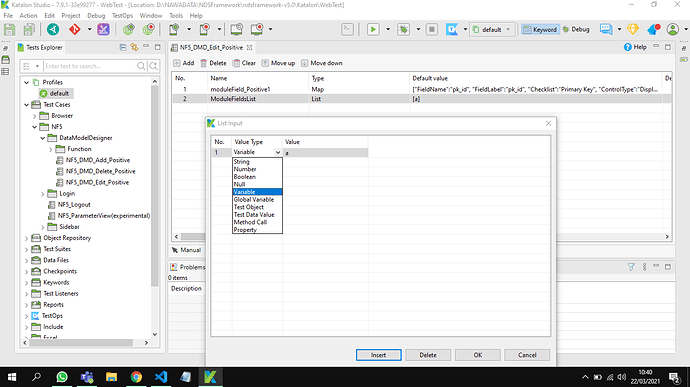 I regret that I made a careless response. To tell you the truth, I rarely use the “Variables” feature of Test Cases, so that I do not have enough experience about it. I have no idea how “Varaibles” of Test Cases are implemented.

Sorry, I do not know.
When I checked the Katalon Studio GUI, I found several other mysterious types such as Property, Method call — I have no idea what these types are.

i dont see a Map type when adding list value,

Ya, I am wondering why as well. I guess that the Katalon developer was a bit lazy.

In the official document Types of Variables, I can not find any informative description about the types such as Variable, Method call, Property.

i think Method call is when you create a function/method which return something in script, you can call the method in variable using this. i don’t know about Property.

For now, i define my list of map in Script tab.
But i want to move it to Variable tab because there is a probability in the future i need to handover this to someone who doesn’t know much about script, so it will easier for them to just play with the GUI.

Thanks for the reply,

Yes, somehow Test Case Variable List can contain GlobalVariable Map, while not for the local Map Variable itself… interesting.

Even though i prefer the local one in this case, because there are some variables that not used globally, so rather than occupying more space in GlobalVariable, which add more scrolling-effort to find the targeted variable, i separate them in the Test Case itself.

Except if there are search or alphabethical sort feature in the GUI to lessen the effort of scrolling for GUI users. Well, they can just switch to Script view, and Ctrl/Cmd + f to find and edit the targeted variable, but it become GUI-less-friendly.

Hoping in the future there will be search/alphabethical order feature and local variable List of Map, or may be not.

But for now, i think GlobalVariable is the cleanest-GUI solution.