Katalon has almost fully switched to paid software, and compared with the features available in the early
community version are almost scarce.

Katalon Studio 7 Features at a Glance 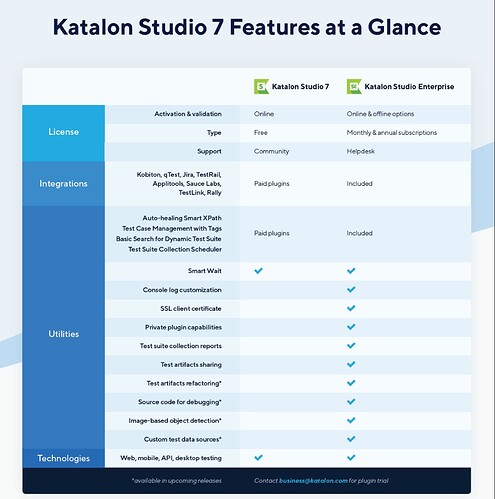 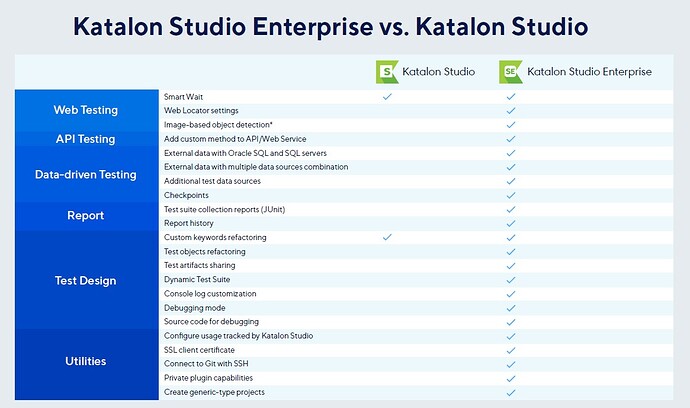 Katalon isn’t alone with changing what they once offered. Google does it all the time. They offered audio-cast for streaming home audio and then just dropped that product which I like very much. Google also stopped offering full-quality picture and video backup from their free plan. Business decisions evolve over time and sometimes it is just about the money while other times it could be the lack of product interest so it isn’t worth keeping around (I’m looking at you audio-cast).

I have empathy for those that devoted time to the free Katalon version and now it is slowly going away. Katalon made a bad business decision in the beginning by offering a free tool to one day take away or maybe it was a great marketing strategy. Either way, Katalon is building momentum which benefits them and their paying customer base.

If you like the tool then justify the cost or adopt Selenium. I don’t think Katalon is every going to admit their mistake or admit their strategy.

If it is any consolation, know that plenty of people are upset, sad or livid about free Katalon going away and that you are not alone.

My two cents:
Katalon free it is still a great tool to jump into AQA secrets without having a clue about programming and other voodoo.
How to continue it is up to the user, once he needs more features.
Pay a licence or learn more and use whatever opensource tools you like to develop your own framework.

Yes, expensive fees, the community version is becoming less and less valuable, will use opensource solutions to replace it.