Previously I used Katalon Studio 7.0.7 I’m using the same till now. I tried to move on with the latest version of Katalon and I installed the same and configured it for mobile testing as I did it before in my old katalon Version. 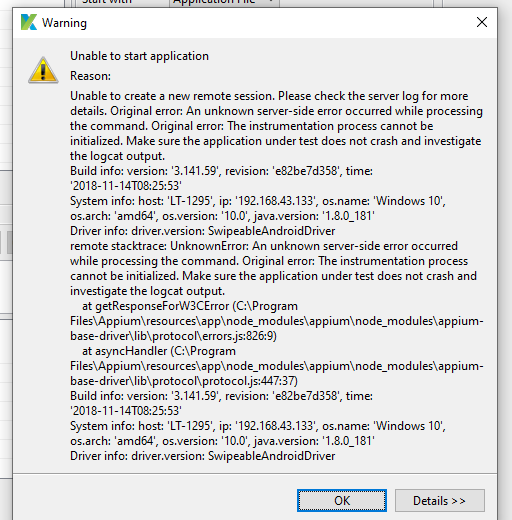 i did the setup as instructed in this video