I am experiancing weird error. While I type or do any stuff in my current project this error dialogue box appears frequently 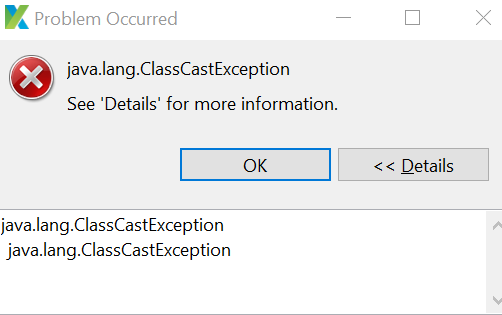 Could you try to download another build of Katalon and reinstall it?

The exaception thrown to indicate that your code has attempted to cast an object to a subclass of which it is not an instance. This means that ClassCastException occurs when you try to cast an instance of an Object to a type that it is not. Type Casting only works when the casted object follows an is a relationship to the type you are trying to cast to.

It is good practice to guard any explicit casts with an instanceof check first:

When will be ClassCastException is thrown: