Issue Migrating from Windows 7 to Windows 10 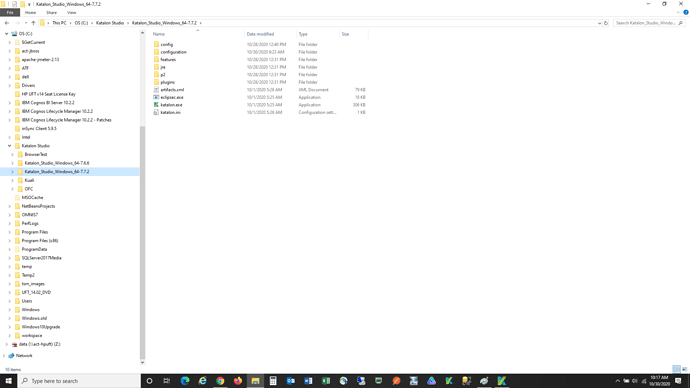 My new Project in Katalon Studio: 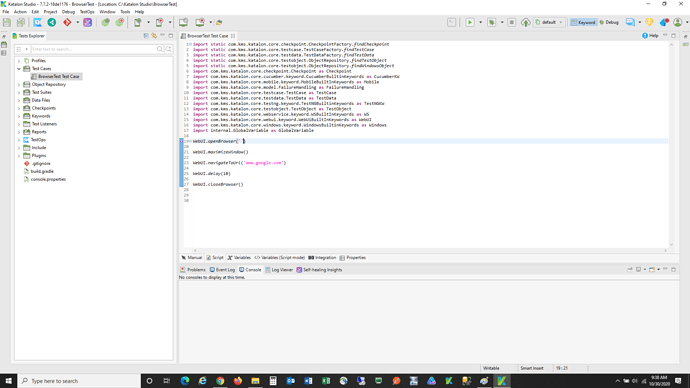 Same issue as before, Chrome Webdriver v86 does not connect to Chrome v86 Browser! 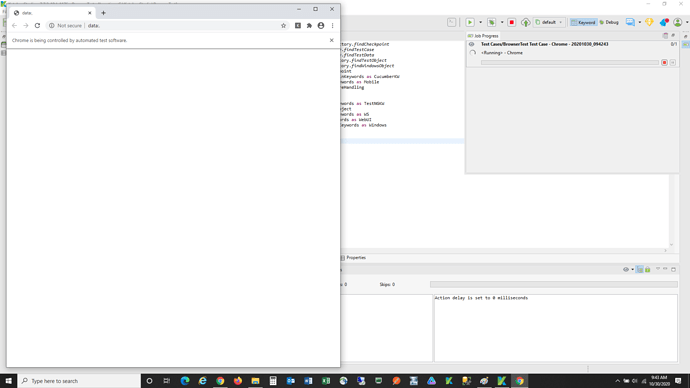 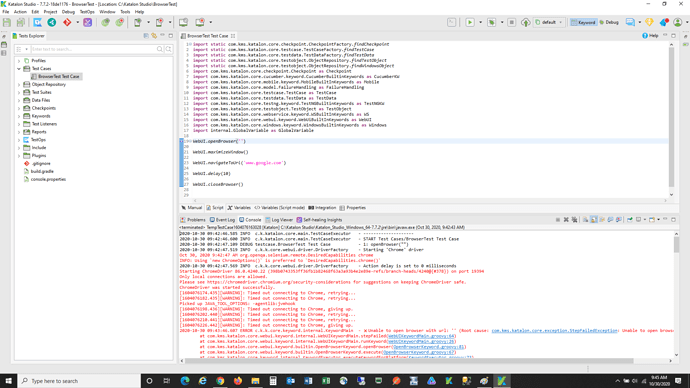 Yes I did what Russ suggested! 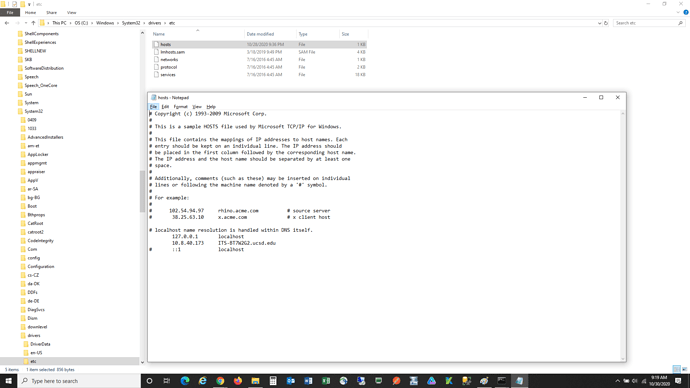 I ran the chromebrowser.exe file: 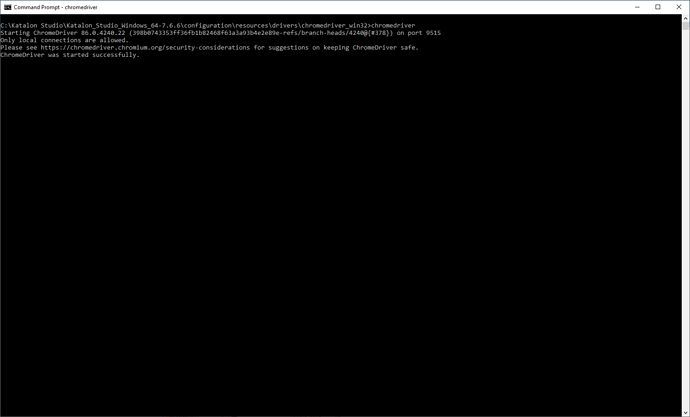 Here is me running the http command: 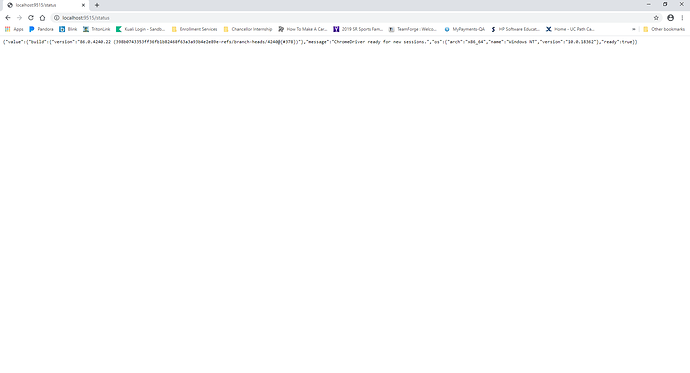 So, at this point, where do we go from here?

It seems like it has been established that a fresh install of Katalon Studio v7.6.6+ with Chrome v86 Webdriver cannot execute Test Cases in Chrome due to the inability to connect…

Yet, the Chrome v86 Webdriver can connect to the open Chrome v86 Browser session outside of Katalon Studio…

Yes I did what Russ suggested!

The first screenshot here Issue Migrating from Windows 7 to Windows 10 is a project, not a Katalon release.

I’m wondering if you’re getting my point here?

Using Katalon Studio v7.7.2, I created a new Project called BrowserTest and executed a BrowserTest Test Case using the Chrome v86 Browser and was able to reproduce the issue…

Am i missing something?

I just downloaded 7.8.0.rc and ran a test fine against Chrome (it’s got other issues, but it works). 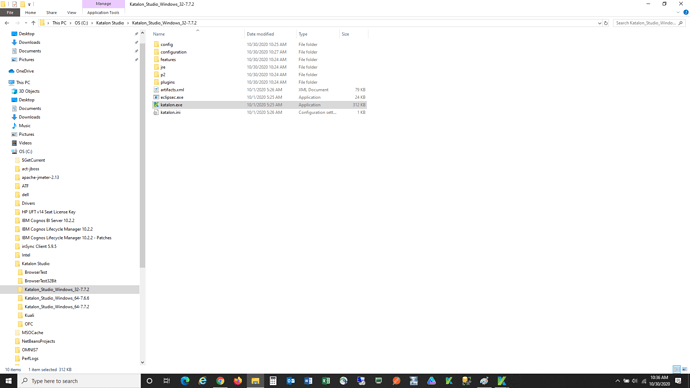 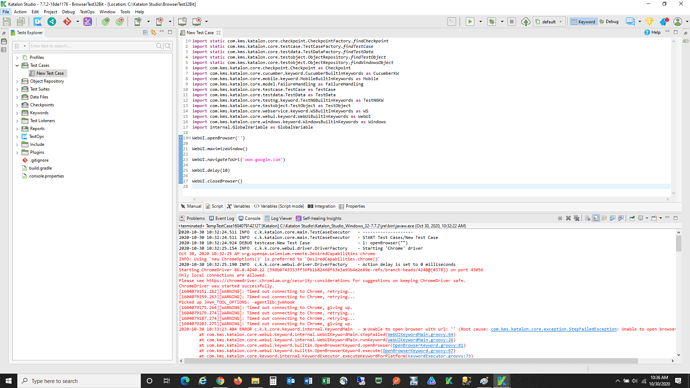 We are running out of variables at this point!

Where are you installing your Katalon Studio releases?

Which version of Windows 10 are you running? 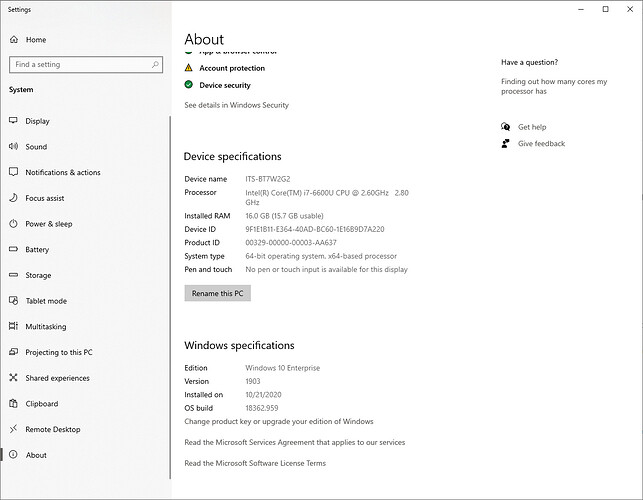 Is there any particular reason you are using 32 bit? Is that a 32 bit windows installation or 64 bit?

I noticed in the installation instructions that the first time Katalon Studio’s executable is run, the instructions show running the executable as an Administrator. I have never done that previously!

Every other installation of Katalon Studio on my laptops and workstations are the 64 Bit versions!

Show me a screenshot of your Katalon install folders. That’s Katalon not your projects. 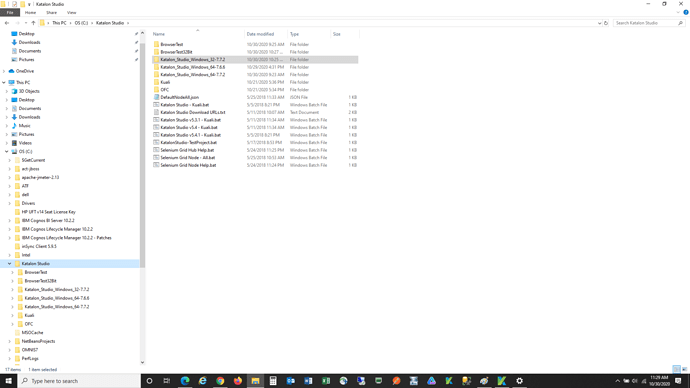 Based on my post here: Issue Migrating from Windows 7 to Windows 10 I should be seeing two copies of the same release – 7.6.6 I thought.

Get another 7.6.6, install it SIDE-BY-SIDE with the others and try it.

Would this be a reason that I am having trouble? 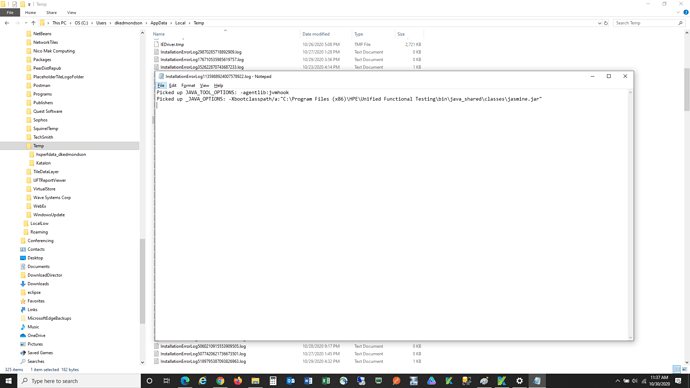 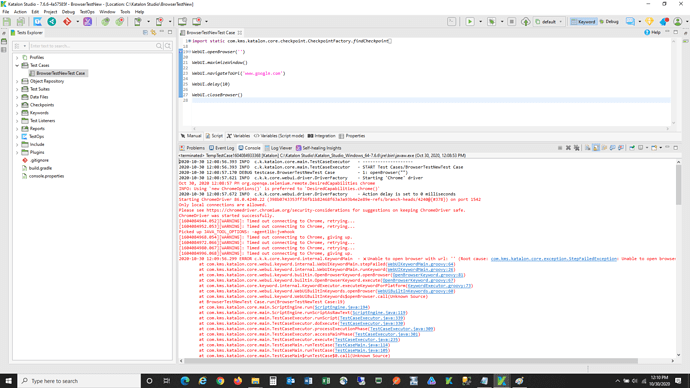 When was Chrome installed?

@Russ_Thomas
Yesterday, per your earlier request… 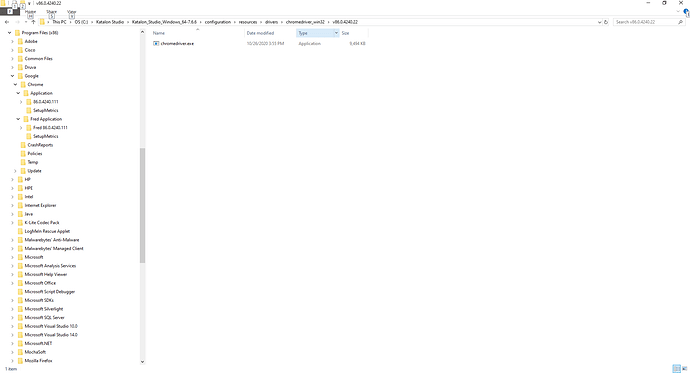