Hi gyus,
I use Page Object Model for testing in Katalon Studio, instead of just using built-in keywords.
I have classes for each page and inside of them I have static properties for components on the page. Each component class then have methods on it.

So let’s say, I have page classes, like HomePage or NotificationsPage for example. And let’s say I am showing some Graphs to user on home Page. so I would have:

I can call it from test this way:
HomePage.Graphs.doSomeAction()

So it is not logging the name of the Page in which the component is, but I would really want to log it with that page class as well.

Can you guys pleeease help me with this?

I really need it to make it work this way.

Thanks sooo much for any help, I will greatly appreciate

I was thinking about making workaround for at least html report. I could create script outside of Katalon Studio that modifies that HTML to suite my needs, and then I wanted to just call it from AfterTestSuite method in TestListener, but I realized now, that AfterTestSuite method of course runs before reports are created.

So probably, only solution would be to just call this script for modifying html report from outside of Katalon Studio manually, after the TestSuite finishes. But this would still not affect what I see inside Log Viewer and also this solution is kind of cumbersome. I would rather modify somehow this logging of Test Steps. Is it possible?

I would rather modify somehow this logging of Test Steps. Is it possible?

No. I don’t think it is possible.

I understand you want to change this message to

I suppose I understand what you want to do correctly.

I looked at the source code of com.kms.katalon.core.* shared here.

I found that a String constant "Start action" is declared in the /Include/scripts/groovy/com/kms/katalon/core/constants/StringConstants.java file. To find it I used the following shell command:

Next, I tried to find out a statement which is using the

(directly or indirectly) to emit the message into the Log Viewer. But I could not find the portion in the open-sourced repository.

I believe that the Katalon Studio’s source code that does emitting the "Start action : graphs.doSomeAction()" is not open-sourced, not published to us. Therefore I can not see what’s going on inside the Katalon Studio; I can do nothing about it.

You should, if you would like, make a change request to Katalon Team through official ticket system at

because Katalon Dev team is not committed to read the posts in this User Forum.

Ah, well ok, nevermind, I will do that modifying script, and I will have the way I want at least in HTML.
Thank you anyway for a reply

If I am going to develop Web UI tests using Page Object Model, I would not use Katalon Studio. I would rather develop tests with GEB + WebDriver + Spock + JUnit + Groovy + Gradle. An example is here.

In my humble opinion, KS is primarily designed for the best sake of non-programmers. But you want Page Object Model — then you must be a programming expert. Why you bother in Katalon Studio?

Actually, I think the best thing to do tests in isn’t Selenium anymore, but Playwright.
So I would just use Playwright in Visual Studio, but I already started doing tests here, because my boss wanted me to record tests, so I invested a lot of effort to do it here, I have our entire website automated here in Katalon Studio already using Page Object Model, so we can now easily create a lot of tests. My boss don’t want me to switch to Playwright, because he thinks it’s not mature enough yet and because it will take time to transfer it to Playwright, but we need to run these tests right now. And also because he still wants me make somehow this Katalon Studio work with recording. But to be honest, I abolutely don’t think it’s possible and a good idea:

Yet, my boss still think I should try to somehow make this recording work, but I just think it’s absolutely not possible, and I think this whole Recording of Tests is just a HUGE BULLSHIT, that don’t work, and is even impossible to work with any website, that is a little bit more complicated and works with a lot of dynamic data. It can only be used on simple static websites.

That’s why I am here in Katalon, because it was the cheapest solution by far in comparison to other products that can do this bullshit web recording my boss wants me to do. Like Ranorex Studio or Test Complete for example.
So I am stuck here in Katalon Studio, but I would totally prefer to switch to Playwright, which I have absolutely no doubt, that it is the best framework to do automated tests in. By doing Page Object Model with C# in Visual Studio

I am actually mad at all these tools, which are marketing this “Record all your tests without any coding skills required"… Well, what a HUUUUGE BULLSHIT

Here are 3 articles I found, which also describes the same opinion about recording tests, as I have

Record and playback tests are easy for non-techies to write, but they break often. Are they worth it? Only for two use cases. 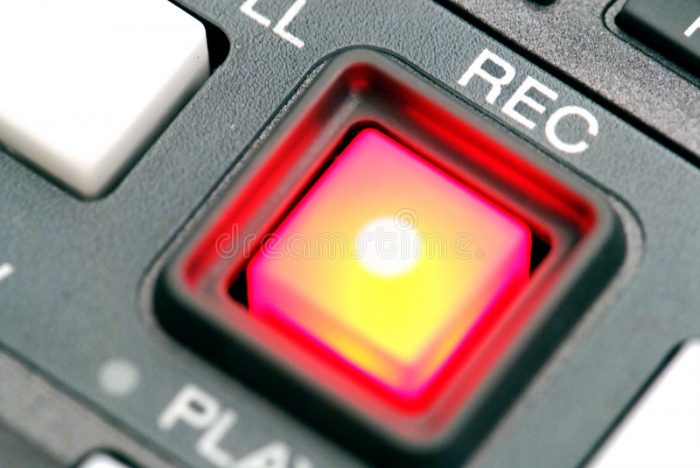 Why is Record and Playback not suitable for enterprise-class Test Automation?

Record and playback tools are one of the options a lot of managers consider. But are these tools suitable for enterprise-class Test Automation? Read on..

And you mentioned you think that Playwright is better than KS on top of Selenum.

I am interested how Playwright solves the aforementioned 6 issues better than KS. Could you share your experiences?

Well it isn’t that Playwright solves these issues, but using Page (And Component) Object Model solves them instead of using Recorder. I mentioned Playwright, because it is the future of automated tests for web. Selenium is not reliable, it is not supporting very well, because as I said, there are many situations that just don’t work. If you look at Selenium IDE, it’s kinda like Notepad in comparison to Word. It can’t work with data for example. It is so simple I think best description of it, is that it’s like Notapad

But Selenium is something like 15 years old, don’t you think it should have better official IDE? Selenium is dying, I am pretty confident. Because it’s just don’ work reliably …

And what about advantages of Playwright in comparison to Selenium? I found a good article that lists them:

Playwright: Selenium for the next 15 years

But in my perception, it has much better internals, it doesn’t use WebDriver, but is rather much more tightly coupled with Browsers. It is faster, it has better selectors and is much more reliable. And there is Microsoft behind it. And to be honest, the number 1 company in the world for making programming frameworks and programming ecosystems and stuff like this is without no doubt: Microsoft. It’s fantastic .NET 6, it’s just soo awesome nobody else can compete with it. Visual Studio 2022, it’s just very good. And to complete the list, C# is the best programming language by far. So it’s like a huge con, that Microsoft is behind it. But it is also open sourced.

But to say some cons too, Playwright is very young, about year and few months old I think, so it is not very mature yet, I assume it still have many bugs. But once it mature more, it will be sooo best. And another con, it still doesn’t have a complete Testing IDE like Katalon Studio is, but you can use it in Visual Studio and connect some Testing Framework like NUnit to it.

I haven’t tested it that much, but I am somehow pretty confident, that it’s so awesome from what I know about it. And Microsoft behind it, it just totally gives me that confidence

A also wrote a post here in Katalon Forum, that Katalon Devs should consider to start supporting Playwright as well:

Hi, I recently discovered, that there is new framework for testing Web called Playwright. I did a decent research on the internet and found, that it really looks as a very promising framework. It has better internals than Selenium, so it is more reliable and faster. Here, one guy explains why it is much better than Selenium: So my question is, does Katalon Studio ever plan to start supporting Playwright as well? It would be very good as there isn’t any good Testing Platform for Playwright…

And one last thing to say about Playwright: It can be used with many different languages, like C#, Java (that’s why it could be easily brought to Katalon Studio), Javascript and Python as well I think.
But I totally think it should be used with C#.

But to solve all these aforementioned issues, it’s not just Playwright vs Selenium. It’s also Coding test vs. Recording them.

What do you think about it?

it isn’t that Playwright solves these issues, but using Page (And Component) Object Model solves them instead of using Recorder.

And to clarify it even more, it’s not just about Microsoft being behind it, there is kinda Google behind it too. Because Google created this Framework called Puppeteer, but that framework is only for Google Chrome. So Microsoft steal some guys from this Puppeteer project and created Playwright based on the Puppetteer, but for all browsers, not just Google Chrome. 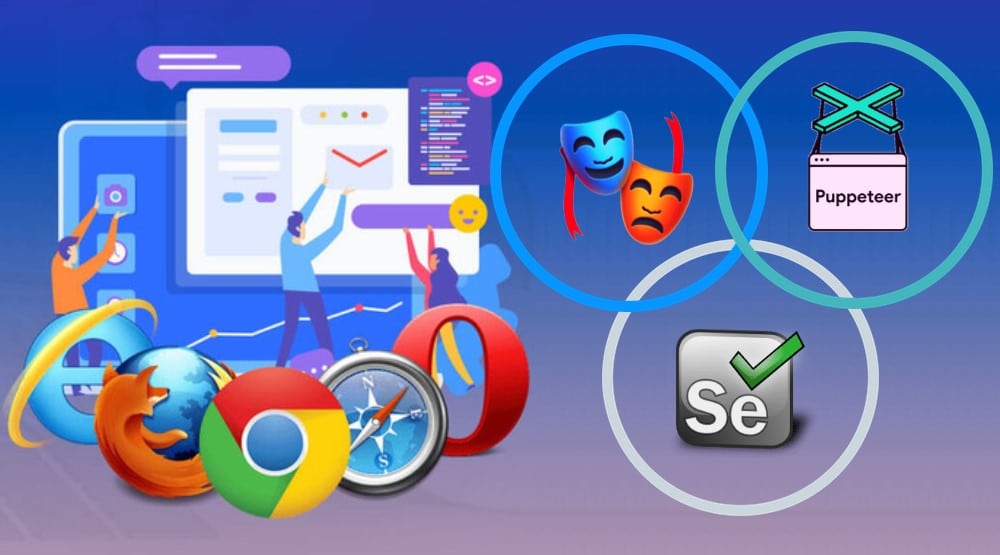 Playwright Vs. Puppeteer Vs. Selenium for Test Automation: Which Should You Use?

There are many web browser automation tools you can use for free, with Selenium, Playwright, and Puppeteer being some of the most popular. This article will discuss the differences between Playwright, Puppeteer, and Selenium.

I thought that the point is that your boss thinks Katalon is good enough to test your Application Under Test, but you disagree with his view; therefore you have managed to introduce Page Object Model in Katalon Studio.

Now we can go back the your original requirement: you want to see a message Start action : HomePage.graphs.doSomeAction() in the Log Viewer in the Katalon GUI. I am sure it requires Katalon’s code change to achieve your requirement. You had better make an official ticket for it if you would like.
… I guess, it is likely that Katalon can meet your immediate requirement if you could persuade them.

Well, I will code it myself

I am already creating script, that is modifying HTML Reports, which is actually all I need. I will use your custom report, to include Global Variables in it, and will put those Page names in it, it’s not that hard. I don’t think Katalon developers would prioritize this task, because as you said, Katalon Studio is not about Page Object Model. And I would have to wait for it I don’t know how long. So I will rather do it myself, and I will have it today probably

I won’t see it in Log Viewer, but actually it doesn’t matter, I like those HTML Reports

But once again, thanks so much for your help

OK. Will you agree closing this topic?