Testing failed on Terminal when ran 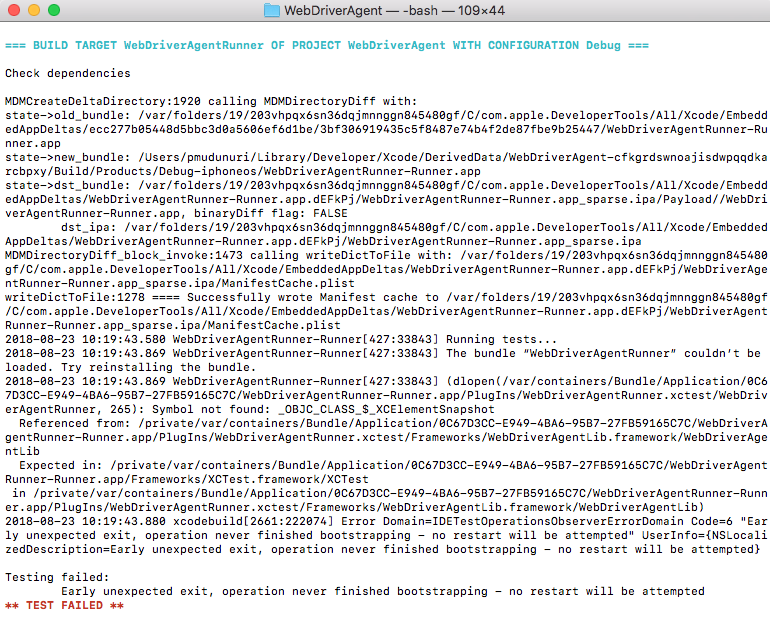 For some reason, it is working fine now.

But i still don’t get the-dialog box, so I assume the process is not successful…?

And when i tried to add .ipa file to my real device on Xcode, it says Ipad is busy and it does not get added.

Hi Vani,
I am getting similar error into terminal but not test failed, it says build failed.
I was getting error into Xcode but that was fixed 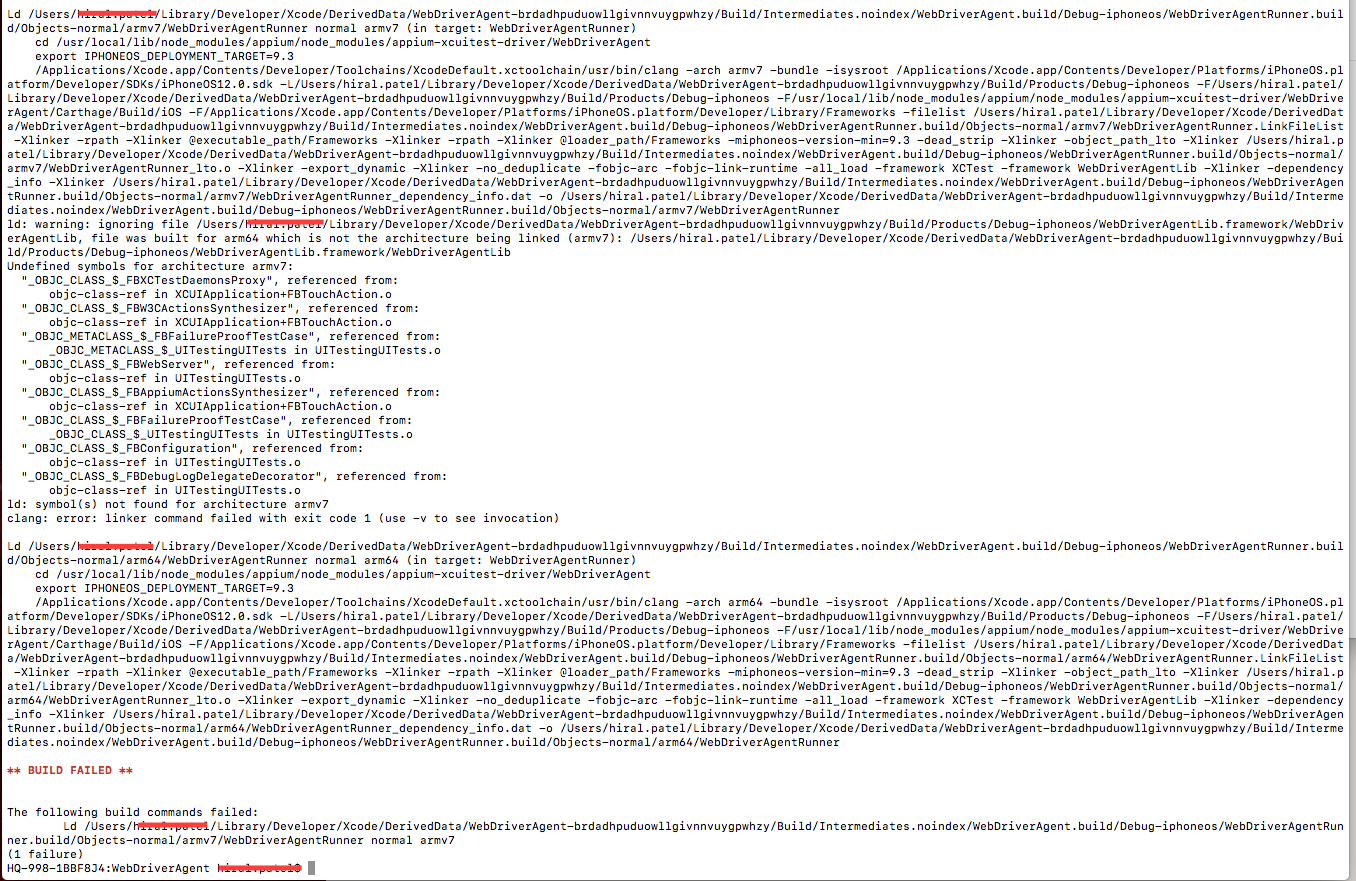 From the error messages, it looks like the project and/or dependencies for the WebDriverAgent aren’t installed. Can you confirm that there is a directory called “Carthage” in your WebDriverAgent folder and that it has a subfolder called “Checkouts” in it? It should be located deep within your appium install directory:

If for some reason, “Carthage” isn’t a directory, you’ll have to remove and then recreate it:

You’ll then need to open the WebDriverAgent Xcode project and build it.

If you run into more issues, these instructions are very thorough and cover a lot of the points that might cause your tests not to run: