There should be a feature that allow users to import saved test cases on Katalon Studio.Like just what happened to me earlier, Im not sure why my test cases under a folder I created was gone. So I tried opening the project location folder, but no luck I cant import it.

I think it will help if someone decided to remove the folder/test case in the studio but open or import it later on for reference or modify it.

I would recommend to you to lean Git and make your Katalon projects continuously backed up using Git.

Have a read of http://katalon.org/working-with-git-in-the-katalon-studio/

Git is the most popular, robust, reliable tool of backing up/versioning of any type of software projects.

@4280-kazurayam thank you for the reply. Yes I think I need to learn about it. I tried to enable GIT on my katalon studio and clone one of my project. When I tried to open the cloned project test cases is empty , is it a normal behavior ? I am expecting to see all the folder and test cases I created from the main to the cloned project. Please advice

In learning process of a new software for you, many many curious things would happen. Try again and again. Sometime you will get Aha!.

@4280-kazurayam thanks ! now I am trying to pull but I encountered this error “No remote branches found”, Now Im stuck not sure on what to do 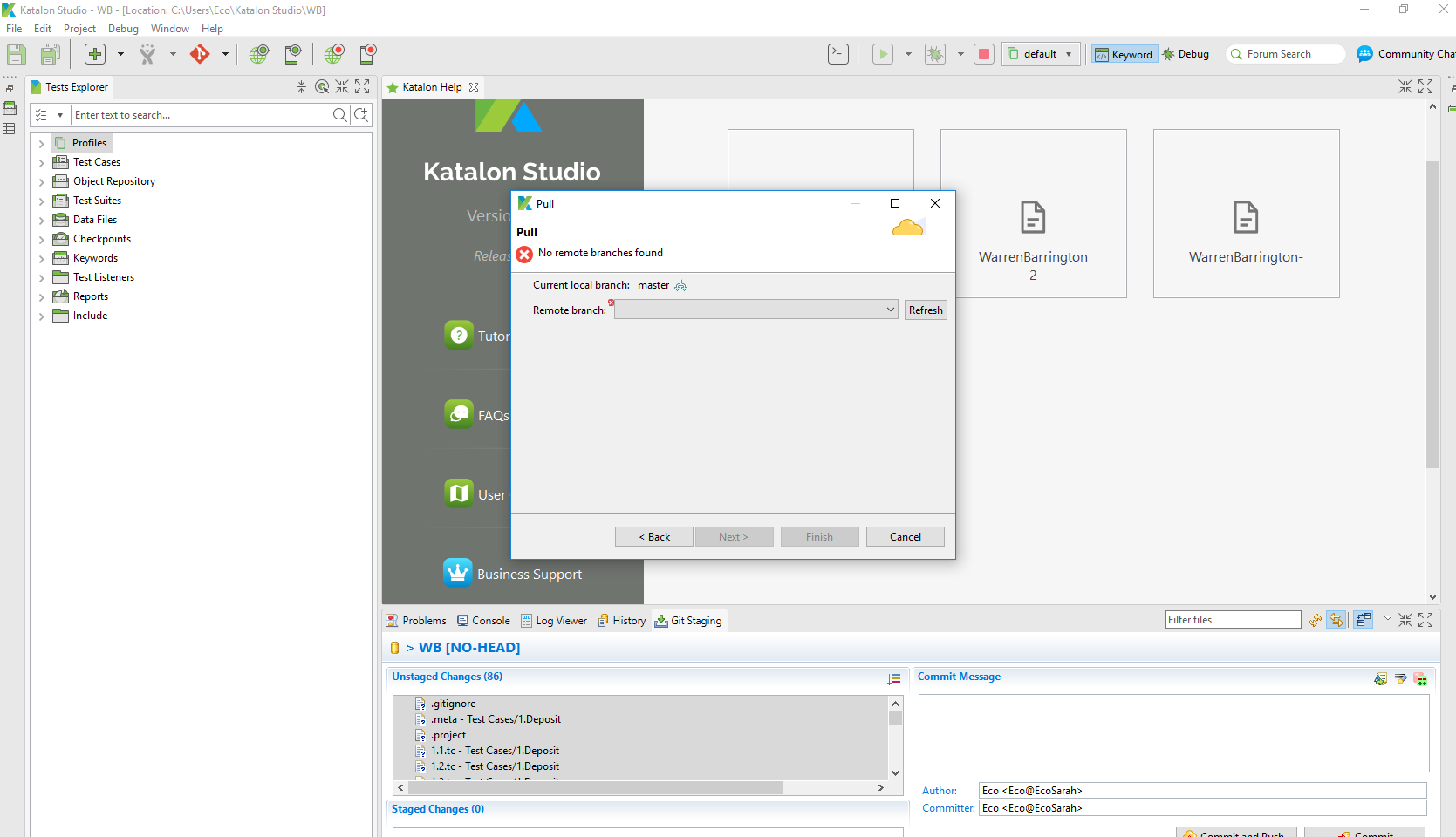 You need to find out what “remote branch” means. That is one of fundamental concepts of Git.

You should stop Katalon Studio now. And look for some better readings about Git in command line interface. Google search by “Git tutorial” would give you some resources.

Also you need to learn what “GitHub” is — later you would create a “remote branch” on GitHub for yourself.

Ok I will, thank you so much for the guidance @4280-kazurayam. Yeah that’s right I was too focused in Katalon documentation for I thought that it was really all stated there about GIT