"First of all, I would like to thank you because you have decided to create the replacement for obsolete selenium ID – we really appreciate that, because we can continue further with the latest Firefox and Google Chrome browsers.

Unfortunately, I have, a not so small problem – with old selenium IDE was possible to import previously exported test cases, but I can’t find this option in Katalon. Here is what I have to do: Create test case (not test suite) in Katalon, export it, create several new by copying original (each should represent new, but similar test case), and import it again into Katalon Automation Recorder…

Is there any chance to do this, and how?

Thanks in advance and kind regards"

Here is the solution working with Katalon Automation Recorder.

Then we create another Test Suite, K - Test Suite - 2 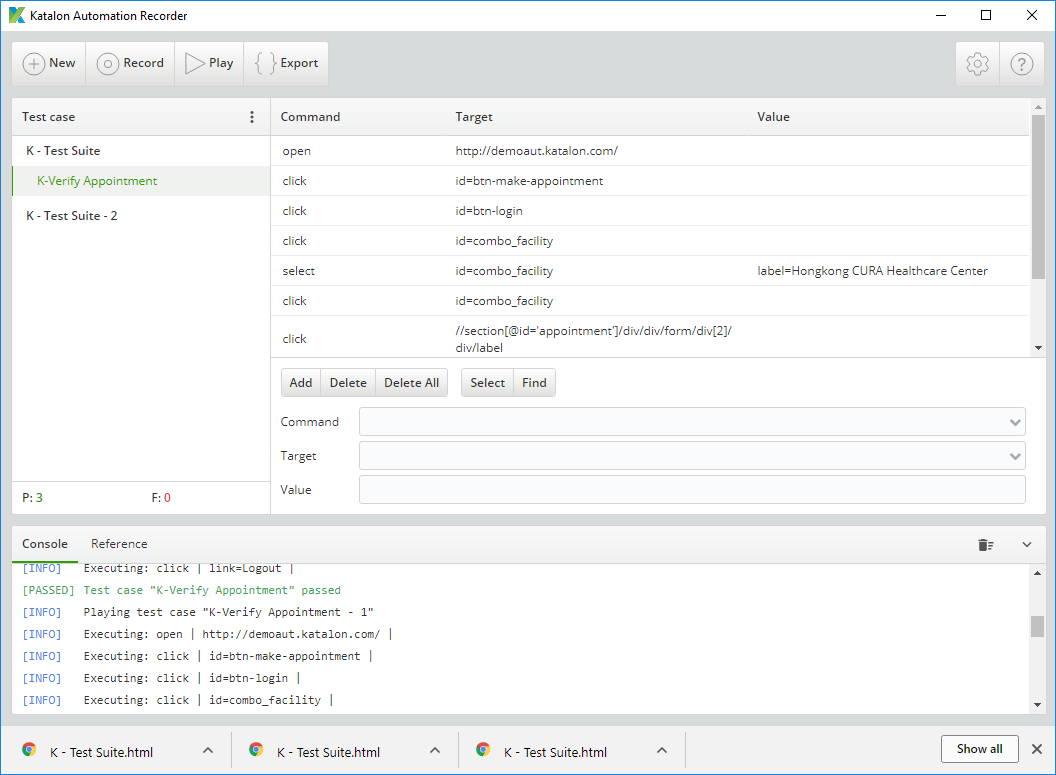 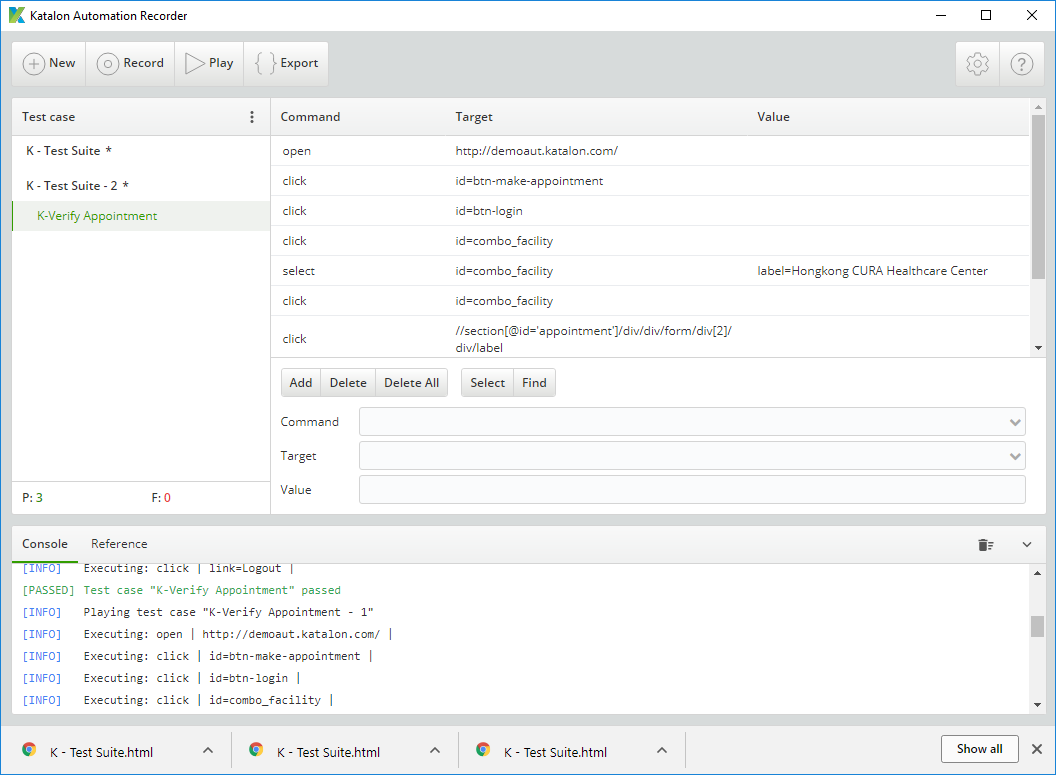 This is just a work-around solution that I hope it could help you to solve the problem. We are implementing the feature in Katalon Automation Recorder, hopefully, we could have it release in a reasonable timeframe.

Thank you for this nice hack!
Typical workflow in selenium IDE is to first record a test case that navigates into your system under test to the point of test data entry (usually via a tree hierarchy or menu selection to to open a form), save and copy the first set of test exec steps, edit the new copy for a similar but slightly different case, then etc… for new paths.

I want to know if there is any way by which i can import the existing script of katalon studio in katalon recorder.

Dear Team, I would like to know how to import Script created in Katalon Studio to Katalon Recorder ?

My Katalon Recorder looks a little different, and only shows a file folder on the Test Suites side (not the 3 dots). I can browse and open a Selenium version of scripts, but it won’t display the full group of scripts, or let me run them. They are in HTML format.

What am I doing wrong? Can anyone help?

Seth, I have same view that you have. I can open suites without test cases, but can’t seem to open if it has a test case.

Could you please upload sample scripts for us to investigate?