Difference captured object in my katalon with my teammates

Hello, today I run test android-katalon that my friends had made, but failed/error which it mention that input_email_phone not found. 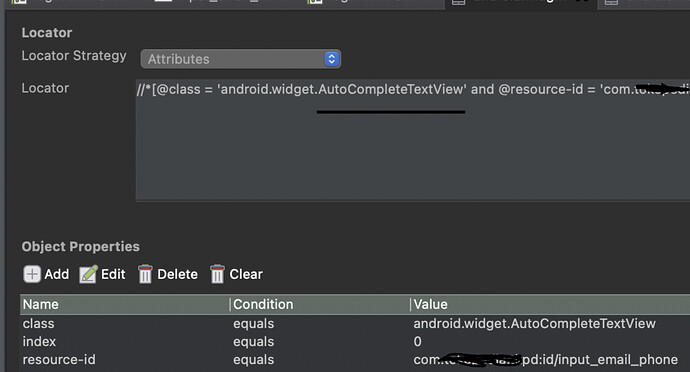 It turns out that there is a difference in xpath, my katalin saves the object as an AutoCompleteTextView while at my friend’s OR (and git repository) it is stored as an EditText. I want to ask why this happens and how to make my place object can be captured as EditText the same as the others. Thank you please help

this sounds like a phone specific implementation of that field, where it changes depending on certain parameters
however, since the element has a resource-id, you can remove the class from the locator and it should work as expected regardless of what kind of element the widget actually is
so the locator would become //*[@resource-id=‘insert resource id’]