I try to create a variable to run only in a folder of the test case, but I can not. Can anyone help me?
I looking for a solution for the test suite, but not yet.
Is that possible? Please help me

So wherever you want to use the declared variable call the test case 1.
Regards
Kavya

I try to create a variable to run only in a folder of the test case, but I can not.

What do you mean? Can’t create? 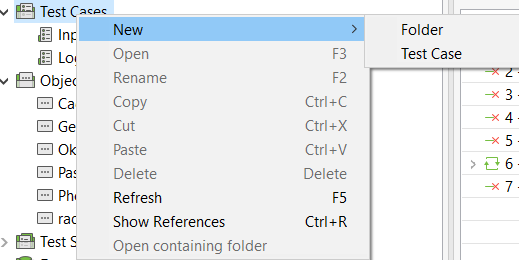 But I can not print “variable”

It seems what you’re looking for is a global variable, you can define it in Profile section and call it in the test cae by GlobalVariable.your_variable_name

Sharing variables between test cases is what global variables are for.

Thanks, bro, but I try to look for a variable can cross test case within test folder.
Global variable I use for other perpoose

bro, testcases are groovy scripts, read a bit about them:
http://groovy-lang.org/structure.html

you cannot share variables through folders, but by object scopes …