Archive
system June 7, 2019, 7:26am #1
This is a companion discussion topic for the original entry at https://docs.katalon.com/katalon-studio/docs/shadow_dom_elements_testing.html
tuyenntran February 17, 2022, 3:52pm #2

How do we capture the shadow root without any property? Please find the attached screenshot. 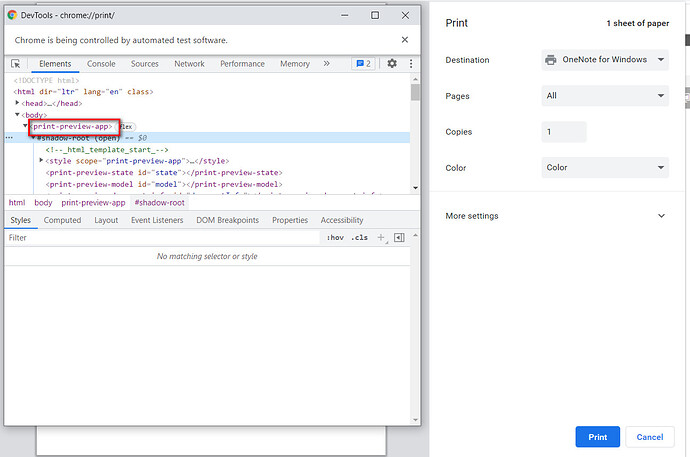 This example it broken. I tried to create this example in my project, but it immediately fails when trying to set the text. After inspecting, I did notice that the shadow root for the input is the 4th shadow root down from the parent ‘BOOKS’ shadow root.

Now to my issues. I am trying to create a script where my shadow root only has a single shadow dom, and its still taking over 30 seconds to find element. And looking into the logs, its stating that it is unable to find the element located at this location. I have set up the parent, exactly like the example, and the child object (exactly like the example). KSE will eventually find the element, but it will complain the whole way until it does, which takes over 30 seconds. I am trying to create an event in a proprietary app, and this requires numerous actions and inputs within the shadow dom. at this rate, it will take automation over 15mins to create an event, when I can manually do it in 2 minutes. Any trying to get the locators fixed would be greatly appreciated.