1. What is Katalon Automation Recorder, who should use it?

Katalon Automation Recorder is a powerful alternative to Selenium IDE to create and playback in any browser. The captured web elements and actions can be recorded, edited and exported as automated test cases in C#, Java, Ruby, Python, Groovy, Robot Framework. The extension can be used in different scenarios
- A supportive tool for testers to perform web automation testing or performing repetitive operations.
- A handy utility to quickly generate object locators and actions for the automation engineer to speed up the scripting process.
- A converter for users to Import (Selenese)/Export to popular frameworks: C# (NUnit), Java (TestNG and JUnit), Ruby (RSpec), Python (unittest), Groovy (Katalon Studio), and Robot Framework.

Katalon Recorder has been considered a great help for the teams who have been depended heavily on Selenium IDE. For a powerful IDE to record, debug and play tests in Chrome & Firefox browser, Katalon Recorder is a comprehensive solution. 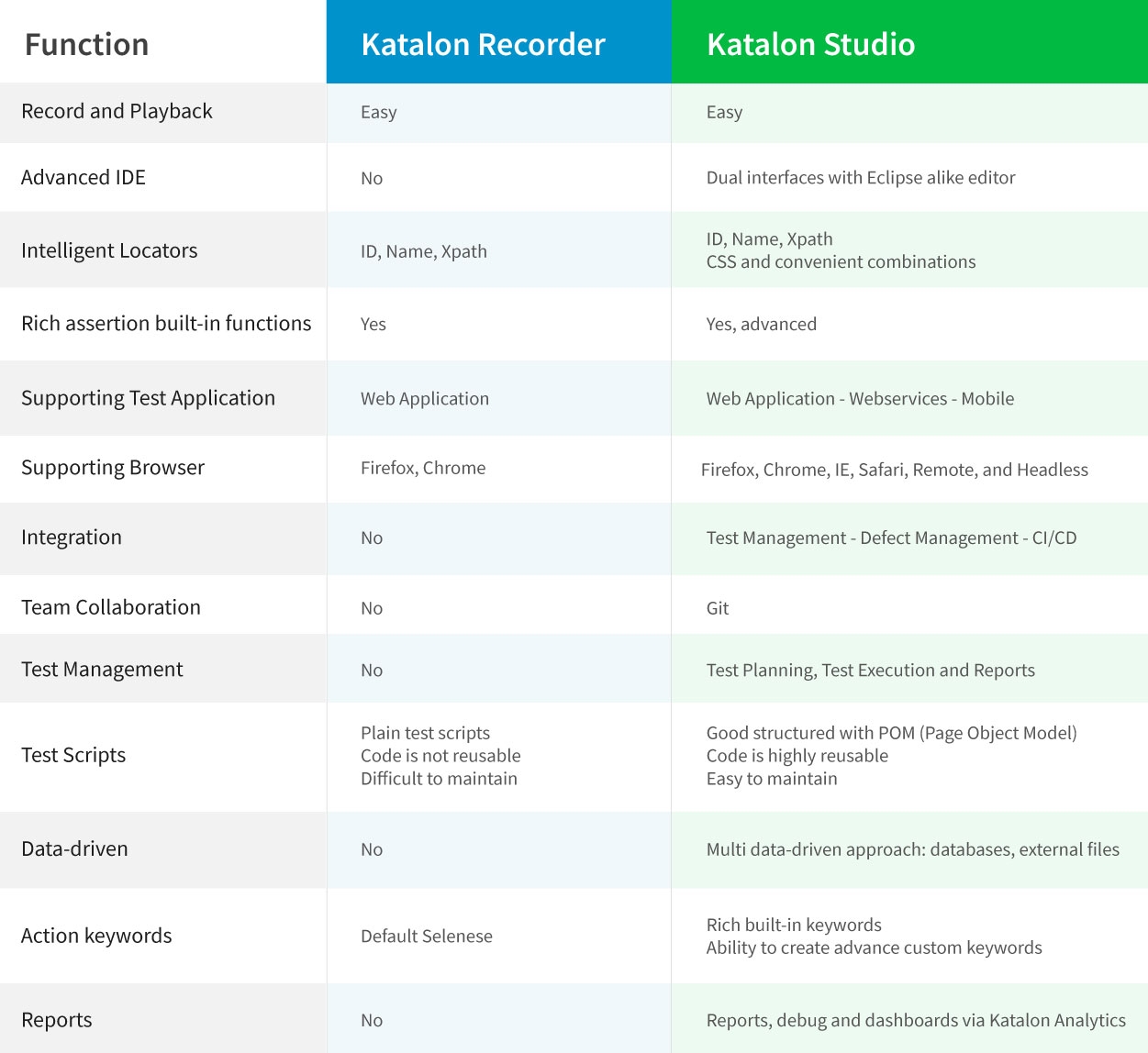 For detailed User Guide, you should visit here.