I need to extract a dynamic url from a link on a page, parse a string from it, and store it in a variable in order to concatenate that string to a url I’m navigating to later in the test case. The tips I’ve found so far on how to do this haven’t helped me much, as I don’t have a development background.

You would then parse the url string to get your substring.

The ‘href’ is dynamic, though, so how would that work? It contains a user id that is different for every user. That’s the string I need to extract.

I wouldn’t know without seeing an example. You will most likely need to make clever use of the substring() method.

Here are a few screenshots showing you an example of what I’m trying to do. The first one shows the “Edit” link that contains the string I need to capture. The second shows the code behind the link. It shows the href for the link (/user/422316/edit), which contains the user ID I need to store in a variable (422316). 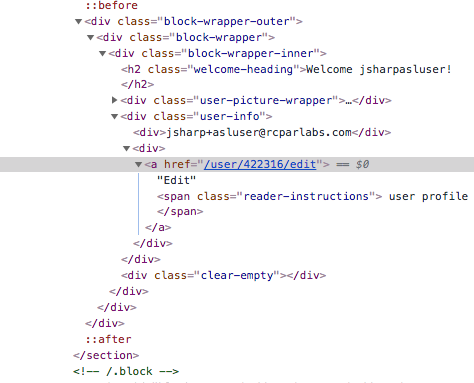 The brute-force way would be this:

But my question is what do I use for the ‘href’ since it’s different each time I encounter a new user? The ID is different for each user each time a new user is created.

According to your question:

I need to extract a dynamic url from a link on a page, parse a string from it, and store it in a variable in order to concatenate that string to a url I’m navigating to later in the test case.

… we’ve done exactly that: parsed the ID from a link on the page, and stored it in a variable. Are you asking how to do the second part?:

we’re saying “get me the value of the href attribute for this link”. What you’re saying is that this value will change every time, depending on which user is logged in, which is fine. It will just return whatever it finds for the href attribute at the time it’s called.

Ok I understand. I was confused but I think I’ve got it. Next question is what do I use for the ‘path/to/link/object’ since the link doesn’t have an ID.

I would create a Test Object with the following xpath:

Hopefully you are familiar with Test Objects, either from using the Recorder or creating one by hand.

Should the Test Object be created as a ‘div_’ object?

Not sure what you mean. Here’s a step-by-step: 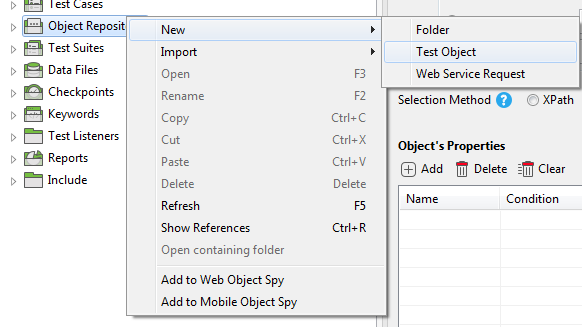 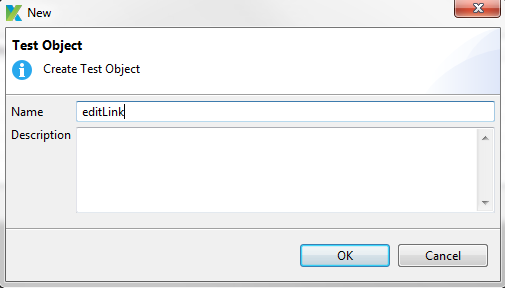 4.) Now your WebUI command would be:

Got it. That worked. Thank you for all your help and my apologies for my lack of understanding.

Thanks @Brandon_Hein!! This works for me as well. I’m looking for this answer for a long time. Thanks again for the details steps and helpful tips that you’ve provided.