I am evaluating this product for potential company use and one of our primary applications we would be testing has an exclamation point in both the product name, as well as it’s folder within program files. I’ve noticed the only way Spy Windows or Record Windows works is when I use a folder without the exclamation point. I went so far as to create a new folder called “test folder” with an exe in it and it works fine. When folder renamed to “test! folder”, then the exe never opens.

@ThanhTo I can’t do enough to repro the bug as posted, but this semi-confirms it: 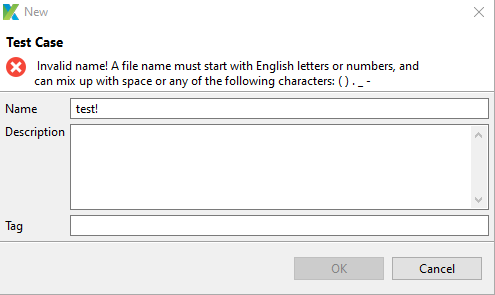 test!.tc should be legal on Windows.

The issue I saw actually was with the Windows Recorder specifying the application file. For example, the folder in the image attached shows a non-working setup. 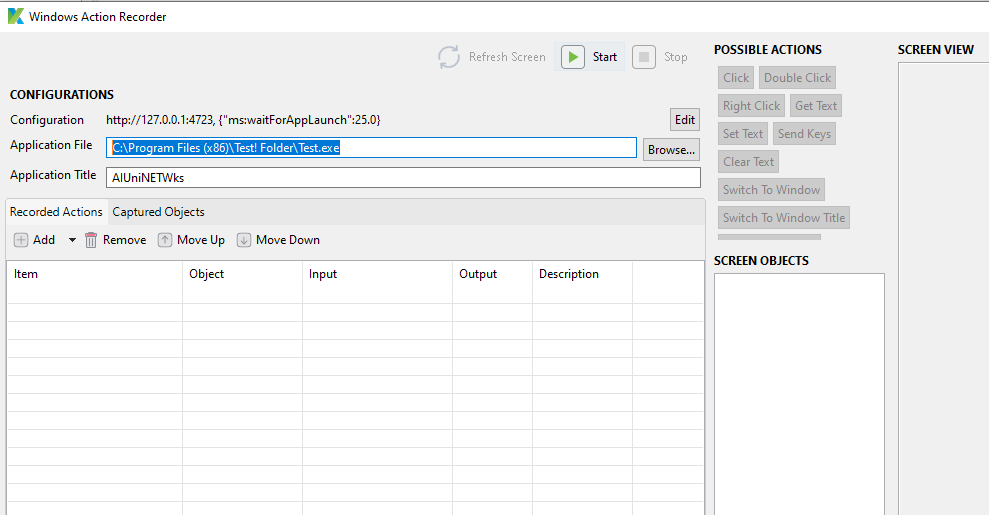 The issue I saw actually was with the Windows Recorder specifying the application file.

Yes. I know. I understood that. I am just showing @ThanhTo that the issue is broader than your original report.

The bug is basically, …

Katalon should not claim a legal file/path is illegal.

I have checked with the Katalon and yes Katalon didn’t claim that path as illegal. The one who didn’t accept that is WinAppDriver. So, what I can help you with is to submit a ticket to the WinAppDriver team /=)

Here is the response message from WinAppDriver 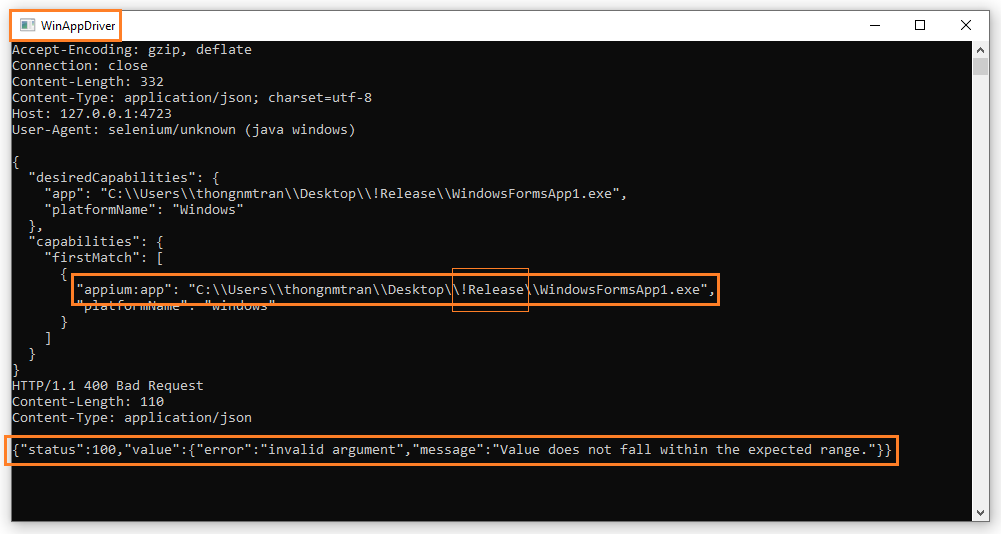 I have the same problem when I want to use “Set Encrypted Text” or “Set Text” and use !

It just does not insert the !