[Tip] How to view screenshots in Katalon Studio

If you want to browse screenshots taken during Tests inside Katalon Studio, follow these instructions.

But first a cautionary note from our good friend Boromir: 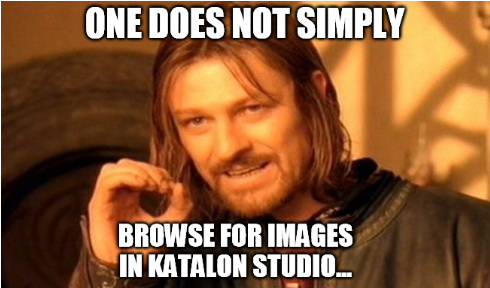 The details below are intended as a workaround for a minor shortfall in the behavior of Katalon Studio. At some point, you can expect the Katalon Team to make the Test Explorer treat the Reports folder as a first-class citizen allowing you to browse and view any file in the Report folder directly from within Katalon Studio.

In particular, if you’re using Git, please read @Ibus’ warnings in the thread below. If your test environment falls under a similar setup, you would be best advised to wait for an update to Katalon Studio.

Otherwise, let’s get this show on the road…

On Windows: Create a JUNCTION

Open a command prompt and issue this command:

On Linux: Create a SYMLINK

These commands create a link between the real folder Reports and a virtual folder (aka shortcut) called my-reports. The link is created in your Katalon project folder so that it becomes visible in the Katalon Test Explorer. 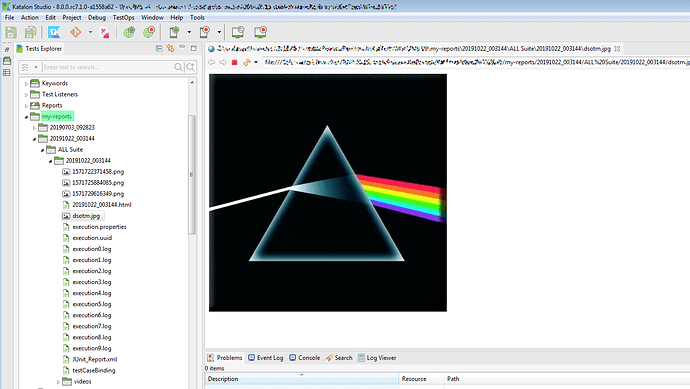 @Russ_Thomas linux equivalent is a simlink (symbolic link)
some people name it softlink.

always use -s, otherwise you are on your own.

there are plenty inconsistencies in git clients, mostly caused by huge differences between file descriptors handling between m$ and *nix filesistems.
the right solution will be to patch katalon to be aware by such ‘ignored’ folders.

you have been warned!

kindly make a note that, proposed solutions are just workarounds

I think you made the note

I was thinking similar thoughts… though I’ve never had issues with shortcuts on Windows (yet).

I’ve never had issues with shortcuts on Windows (yet).

i give you a simple test : make whatever project in git. pull it linux ext4.
make two files:

now try to clone that on a windows machine on ntfs. you just unleashed the hell (more fun will be if Abc has different content than abc)

with symlinks/ junctions will be even more funny

I don’t use git here. But from memory, I’d ignore shortcuts.

If you think the tip should be taken down, I’ll do that.

as long as you put a huge warning, it can stay … but can lead to undesired effects when some people work on the same code, from various platform.

i have been recently hit by such issue.