Startup failed after a git merge

If I try to import anything else:
unable to resolve class Keys
@ line 1, column 34.
﻿import org.openqa.selenium.Keys as Keys
^

I must be blind, but can’t find anything related here, or anywhere else in the script.

Any idea is welcome.
thanks
d

To resolve script errors, you can open Problems view then double-click on the row of error, KS will automatically open the script that contains the error. You can resolve the conflict until the Problems view shows no errors then re-run the test. 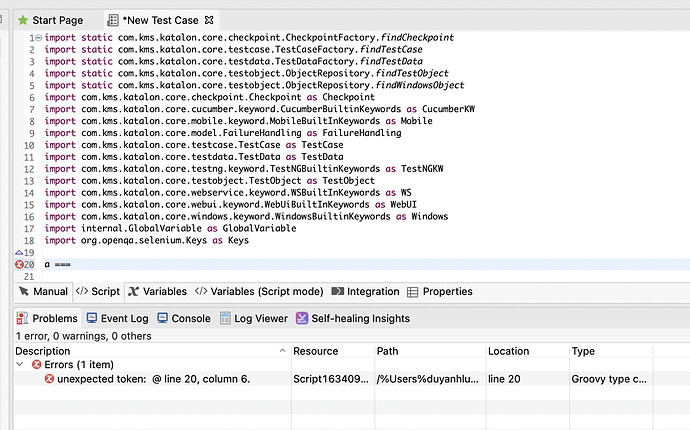 Thank you for your answer, but unfortunatelly it was not the case. It doesn’t even show the error icon in front of the line number…

I leave here the solution if anyone would bump into the same problem.

I had solved the git conflict in notepad and it turned out that was saved in UTF-8 with BOM (Byte Order Marker)
After it was switched back to plain UTF-8 in Notepad++, it worked immediately.