The tests are being run on a Jenkins server, thus workspace cleanup is required; which is not possible due to the corrupt file that is created on every run. 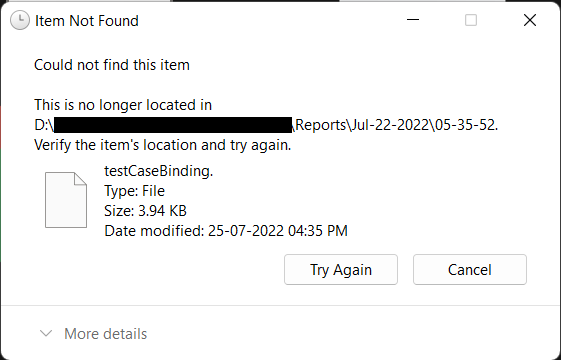