I am trialing Katalon Studio in my organisation to build test automation solution. We use Macbooks across the organisation. I need to run tests on MSEdge browser/driver.

None of above helped to run test using MSEdge driver on Macbook.

Appreciate your in this regards!
Viral Panchal 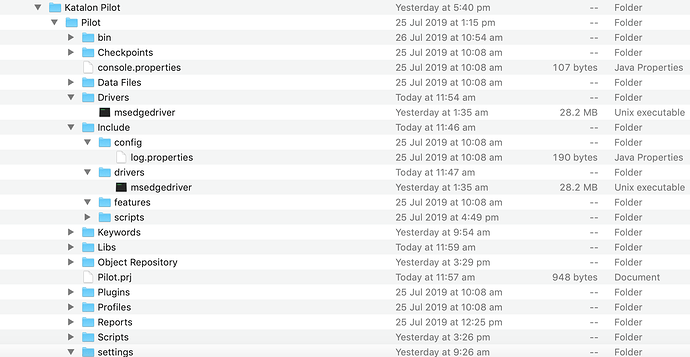 I don’t think it’s actually possible. You should make a VM running Windows 10 and run tests from the VM. Else you can use a platform like Browserstack.

It is the same for Windows user who want to run tests on Safari.