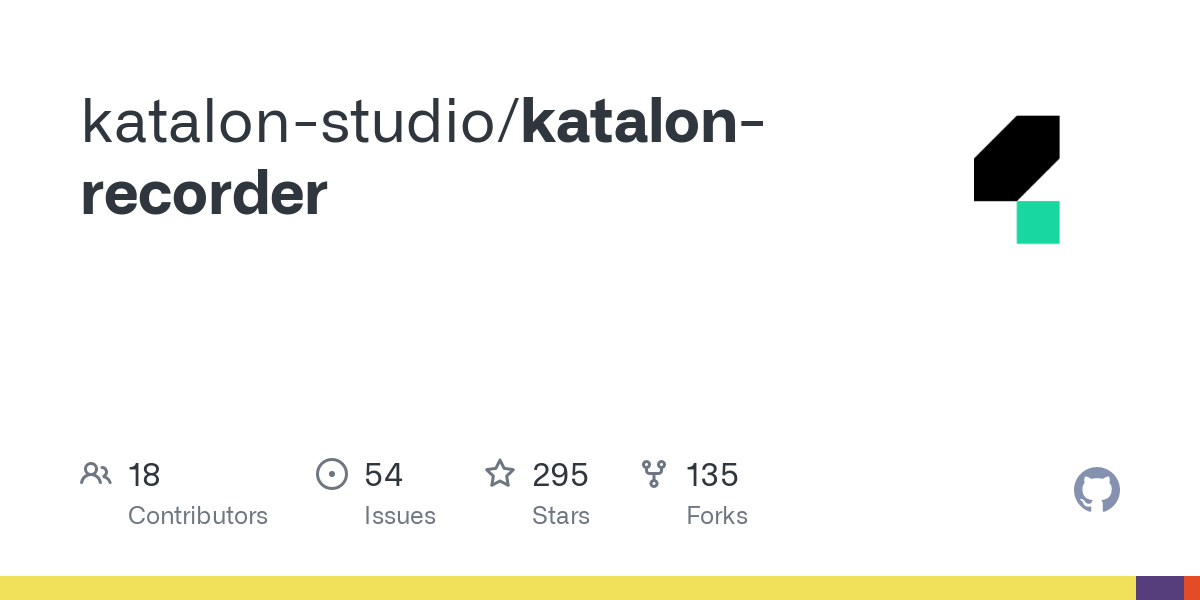 Contribute to katalon-studio/katalon-recorder development by creating an account on GitHub.

We would like to take this opportunity to express our warmest thanks to Katalon Recorder users and other open-source projects, especially:

I haven’t looked at the git project yet, but a question about this open sourcing of the recorder. How do you see on usage of the object spy/recorder functionality to be used in other solutions than Katalon Studio?

The reason why I ask is that I am thinking of doing something similar of Katalon as an open source project, but in .NET environment with xUnit tests as base with Selenium drivers with maybe some kind of UI in Visual Studio Code to give .NET based developers the same possibilities as Java developers gets with Katalon Studio. And instead of reinvent the wheel about spying/recording I was thinkiing about the possibility to use the Katalon Recorder instead in the same way as Katalon Studio uses it.

So, what’s your opinion on a usage situation like this?