There is strange behavior of verify command which will fail when executed on Jenkins with Katalon plugin used.

System: Windows 10,
Browser: Chrome (headless), but the same is with Chrome
Katalon plugin, Jenkins
Project is located on git
Katalon version: 6.1.4 (the same is with 6.1.5)

Publish JUnit reports option enabled in post-build action does not influence the outcome.

There is test which contains following code:

Important is that the verify command used inside if command (reproduced with verifyElementPresent, verifyDisplayed …) with or without additional parameter (like time out, failure handling) does NOT locate element (element could not be found using locating properties) will make Jenkins job stuck. The job need to be manually stopped. 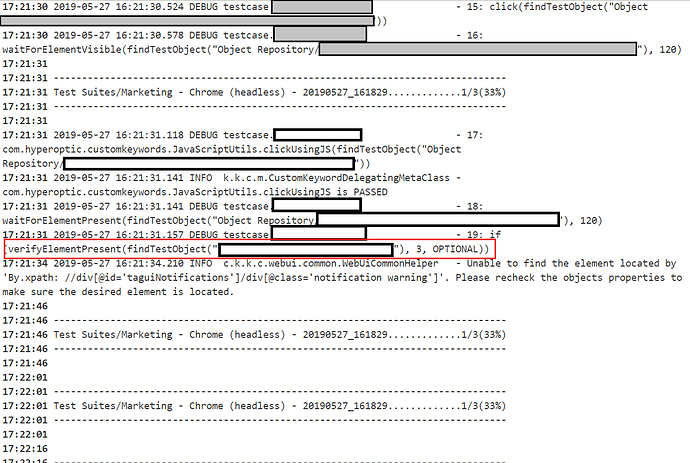 Hi Alojzius_Pendergast
I have stumbled on the same issue,
Did you find a solution fro this behavior ?

. Has anybody fixed this issue yet?

I could not use it. Instead, I use old approach with batch script.